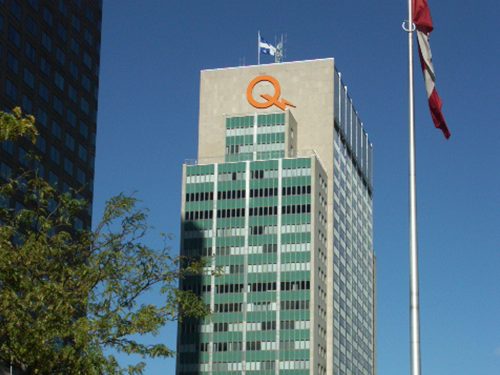 Provincial utility Hydro-Québec has signed a deal with a division of Essen, Germany-based industrial conglomerate Thyssenkrupp to build one of the world’s biggest green hydrogen plants, an 88-megawatt facility in Varennes that will produce 11,100 tonnes of the product per year.

The big electrolyser will run on electricity from the province’s network of hydropower dams, CNBC reports.

“Quebec as a region and Hydro-Québec as a customer offer ideal conditions for installing our water electrolysis technology on a multi-megawatt scale for the first time,” said Denis Krude, CEO of Thyssenkrupp Uhde Chlorine Engineers.

“The hydrogen and oxygen produced by the unit—the oxygen is a byproduct of the process—is set to generate biofuels for use in transportation,” the U.S. TV network writes. “Commissioning of the green hydrogen facility is slated for the end of 2023.”

The announcement could be the first of many for green hydrogen projects in different parts of the country, CNBC adds. “Macquarie’s Green Investment Group, for example, is part of a consortium looking to develop another major plant that would be located in British Columbia.” Chetwynd, B.C., to be exact.

To put the announcement in perspective, the European Union is looking to install 40 gigawatts of electrolysis capacity, enough to produce 10 million tonnes of green hydrogen per year, by 2030. CNBC notes that the vast majority of today’s hydrogen output depends on fossil fuels. Analysts and researchers see the cost of “green” hydrogen falling below that of the fossil-dependent variety by 2030, or possibly as soon as 2023, though technical hurdles remain for hydrogen of all types.

“This project is an excellent illustration of how important the interaction of secure access to competitive renewable energy and the use of scaled technology for hydrogen production is,” said Sami Pelkonen, CEO of Thyssenkrupp’s Chemical & Process Technologies business unit.