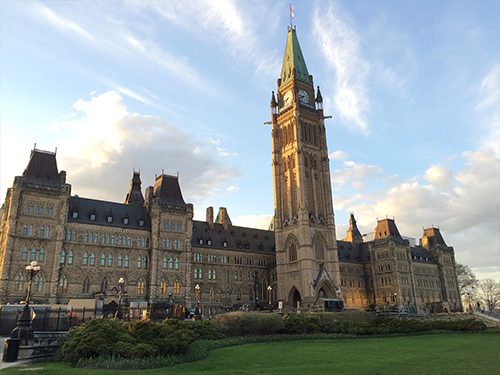 The federal New Democratic Party leadership is taking grassroot fire for failing to use its position in a minority parliament to press the Trudeau government for tougher green recovery measures in its hotly-anticipated Speech from the Throne September 23.

In a Hill Times opinion piece published Monday, environmental scientist and Below 2°C co-editor Ken Johnson called out the NDP leadership for failing to speak up on climate action and a green economy as key components for the Throne Speech. And The Energy Mix has learned that 20 NDP riding association presidents are trying to push leader Jagmeet Singh in the same direction. They’re “letting him know he has the support of the party’s grassroots in calling for big, bold, transformative change suitable to the scale of the crises we face,” Etobicoke-Lakeshore riding co-president Tim Ellis wrote.

Johnson’s post (subs req’d, but also available here) appeared just hours after a group of 150 parliamentarians, including MPs or staffers from all the parties in the House of Commons, spent nearly two hours Monday exploring the connections between climate change, health, inequality, and mass extinction, during a webinar hosted by Quebec Senator Rosa Galvez. The session took place while the federal cabinet held a two-day retreat to set the final direction of the Throne Speech, raising the distinct possibility that dozens of influencers in a minority parliament will have a keener sense of the connections between COVID-19 recovery and low-carbon investment than many of the cabinet members leading the design of the federal plan.

Webinar participants “got the message,” Galvez told The Mix. “The questions they asked were specific and smart, and we didn’t even have time to answer them all.”

In a Tuesday evening email, Ellis said the riding association presidents’ letter was in response to a survey the NDP had circulated to local activists, asking them for their top Throne Speech priorities. “The survey results were clear,” Ellis said. “The grassroots base of the NDP is passionate and ready to mobilize behind demands for a Green New Deal with bold climate action and major investment in green jobs and retrofits; a guaranteed livable income; status for all; universal public pharmacare; and an end to fossil fuel subsidies.”

But Johnson pointed out that Singh and National Director Anne McGrath both missed the moment when they had the opportunity to speak up for climate action or green policies on CBC’s nationally-syndicated radio show, The House.

“The federal NDP has been at its strongest and made its most important contributions historically when it held the balance of power with a Liberal minority government,” so “this is the perfect window for the party to be vocal on the need for climate action and push for its climate vision,” Johnson wrote. “On the flip side, remaining silent or weak on the climate crisis will be seen as a political loss for the NDP if the Liberals don’t deliver a strong green Throne Speech. The party might even look worse if the Liberals do.”

Johnson listed a federal climate accountability act, a 60% carbon reduction target by 2030, a national energy retrofit strategy, and a national green jobs training program as Throne Speech elements the NDP should have been pushing for—and still can and should, in the few days remaining before the speech is set in stone.

Some of the same themes emerged from the session organized by Galvez, an engineer, former university department chair, and member of the Independent Senators Group.

“It was quite evident from all the panelists that these things are interrelated, that the human relationship with the environment is at the centre of our problem,” she said. “So of course, of course, if we see issues of inequality, basic income, health, and being very prepared for the next wave of the pandemic in the Speech from the Throne, we will be very happy. But we won’t be solving anything, because we’ll just be applying band-aids to the bigger crises, the bigger predicaments we face.”

In the discussion period, Galvez recalled, participants quizzed Stiglitz on the cost of a green recovery. “The question is, compared to what?” she said, citing his reply. “If you compare it with business as usual, it’s going to be very much more expensive.” But the contrast between the Canadian and U.S. pandemic experience shows how much more costly it can be—in lives and livelihoods as well as dollars—when governments decide to ignore the crises they face rather than investing in solutions.

With time running short to set the final shape of the Throne Speech, the federal cabinet is under intense pressure from all sides—including the usual push for bailouts and regulatory rollbacks from the fossil industry. But Galvez said a particular segment of the parliamentary community seemed particularly attentive to her panelists’ message.

“It was clear to me that the younger generation of politicians, and I include our Prime Minister in that, is worried about climate change, pollution, biodiversity loss, the pandemic becoming something that will repeat itself, and the impact on the health of the present population and future generations,” she said. “Now they have the information, they’re digesting it, and they’re doing the big reflection that tells them it’s not just about growth and employment for their own sake. It’s what type of growth? What type of employment? What are the social goals? And do we have an economic model that serves us as a path to attain our goals, or is the economy something that has a life of its own and we can’t control?”

But earlier this week, at least two Liberal Party luminaries were talking down expectations for green recovery elements in the Throne Speech.

“It’s important to understand and appreciate the level of anxiety people are going through,” said Gerald Butts, former principal secretary to Prime Minister Justin Trudeau, in an address to a group of progressive think tanks. “Canadians still feel very much in the middle of the crisis.”

Given those circumstances, “it’s vitally important that when people are feeling as anxious as they are feeling right now, we start the solutions from where they are and build up from there,” he added. “And not arrive in the middle of their anxiety with a pre-existing solution that was developed and determined before the crisis.”

Environment Minister Jonathan Wilkinson “went as far as to talk down his own portfolio on Monday on the way into the cabinet retreat,” the Toronto Star adds. Even with wildfire smoke in the air and biodiversity at risk, “I certainly think Canadians are worried about the pandemic,” he said, “and the government’s first priority has been and will continue to be supporting people through this.”

Earlier in the week, Infrastructure Minister Catherine McKenna told the Star the government must show returns—in carbon reductions, jobs, and a recovery that helps all segments of the population—from investments in areas like broadband Internet access, transit, and affordable housing. “Canadians really care about action on climate, but they’re very focused on jobs, rightly,” she said. “They’re very focused on where our vulnerabilities are right now.”