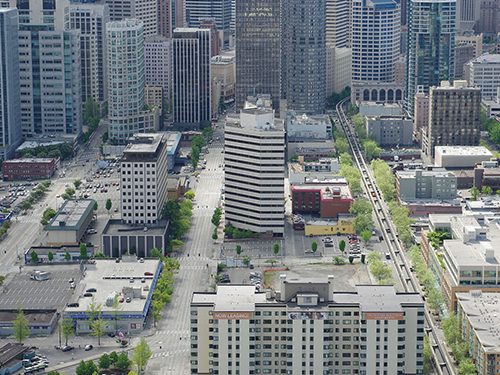 The fight for climate justice continues to struggle for air as Cascadia races ahead to decarbonize. But brighter days may lie ahead.

From Latino/Latina communities in Oregon being left out of an emergency wildfire alert system, to Washington Governor Jay Inslee’s decision to back cap-and-trade legislation against criticism that it will do little to bring the green economy to those who need it most, there is still a long way to go to ensure that Cascadia’s fight against the climate crisis takes human justice to heart, writes Grist.

When a wildfire roared into Southern Oregon last September, residents of the city of Ashland (median household income: US$56,315) were told to evacuate. But the largely Latino and Latina residents of Talent (median income: $40,400) were not warned. Three people from that community died.

“People were clueless, and our Spanish-speaking community was left out,” said Niria Garcia, a climate activist based in Talent.

That failure was part of a broader pattern across the region known as Cascadia. Grist points to industrial South Seattle which, in addition to being one of the most diverse neighbourhoods in the region, is also one of the most polluted. Located near the city’s port, the area sees immediate air pollution from diesel trucks that wend their way in and out of the docks, as well as the long-term hazards of living in the Duwamish River Valley—a notorious toxic Superfund site.

“All of that has consequences,” writes Grist. “Life expectancy in the Duwamish River Valley is 13 years lower than in wealthier neighbourhoods in North Seattle.”

But those hoping that efforts to decarbonize Cascadia would prove a natural fit with efforts to make life in places like South Seattle less literally deadly have been disappointed by Inslee’s latest effort to pass cap-and-trade legislation. Critics say the plan will “go too easy on carbon polluters without doing enough to help marginalized communities,” Grist explains.

When the South Seattle community group Puget Sound Sage surveyed its constituents to see what they thought a just transition would look like, it found that lower energy bills, energy-efficient appliances, and “keeping a roof over their heads” topped the list. But that just pointed to the disconnect between the community and city policy-makers, who felt certain that what South Seattle really wanted was solar panels and incentives to buy electric vehicles.

One bright spot is the involvement of a venerable civil rights organization, the National Association for the Advancement of Colored People (NAACP), in a new campaign, notes Grist. Fossil Free Eugene demands a ban on construction of new fossil fuel infrastructure in that city, along with fees placed “on polluters such as NW Natural, the region’s natural gas utility, to create a fund to help historically marginalized and low-income communities make the switch to renewable energy.”