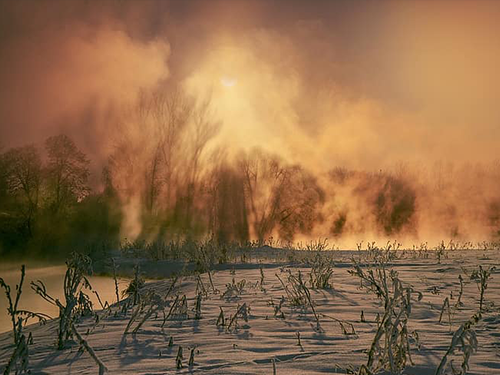 Last year’s Arctic wildfires set records, but 2020 has already outstripped that terrible devastation, with 200 more fires by July and CO2 emissions that were already 35% greater by late August than in the entirety of 2019.

The latest data from the EU’s Copernicus atmosphere monitoring service further shows that 245 megatonnes of CO2 had been released by these fires by August 24, compared to a full-year total of 181 Mt. last year. All but 40 Mt. of this year’s emissions were released between June 1 and July 31.

The back-to-back extreme fire seasons constitute “two years of anomalously high activity” in the Arctic, as measured against the 17-year-old satellite record, said Thomas Smith, assistant professor in environmental geography at the London School of Economics. His research also suggests that about half of the fires in the Arctic Circle “were burning on peat soils.” According to Natural Resources Canada, peat fires can be very difficult to extinguish, smouldering on at low temperatures that allow them to burn for months, resulting in even greater CO2 emissions.

The increase in emissions this year likely owed to “a large cluster of fires that burned through July for many days,” said Copernicus senior scientist Mark Parrington. Citing data from Russia’s aerial forest protection service, The Guardian also reports that the month of June found 3.4 million acres of Siberian forest “burning in areas unreachable to firefighters.” The escalation in wildfire activity came as Siberia suffered through temperatures in excess of 30°C.

Meanwhile, a team of climate scientists from Norway, the Netherlands, Denmark, and Australia confirmed that the Arctic Ocean is heating up far faster than anyone had estimated to date—and far faster than the worst-case scenario. In a study just published in the journal Nature Climate Change, the researchers, who studied data across a 40-year span from 1979 to the present, found that, on average, the waters of the Arctic are warming “at the rate of 1°C per decade for the last four decades,” with temperatures around Norway’s Svalbard archipelago rising “even faster, at 1.5°C every 10 years,” writes Climate News Network.

The scientists also connected the current rapid spike in ocean temperatures with evidence from ice core samples from Greenland that point to a rapid warming event in the distant past.

“The abrupt rise in temperature now being experienced in the Arctic has only been observed during the last ice age,” said study co-author Jens Hesselbjerg Christensen in a release from the University of Copenhagen. “During that time, analyses of ice cores revealed that temperatures over the Greenland Ice Sheet increased several times, between 10 to 12°C, over a 40- to 100-year period.”

In the abstract to their paper, the researchers verify the current rapid warming of the Arctic Ocean as another such instance of “abrupt climate change” and warn that climate models, which to date have generally assumed that Arctic warming will occur in a slow and stable manner, need urgently to be updated to more accurately map possible trajectories of planetary warming.