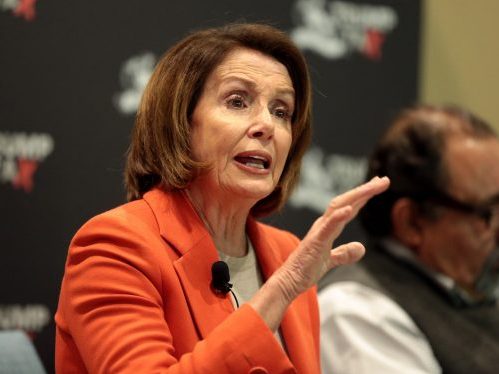 With the new United States Congress due to be sworn in today, the new Democratic majority in the House of Representatives is already at odds over the composition and mandate of the reconstituted House Select Committee on Climate Crisis, which had been seen as a possible pathway for the Green New Deal advocated by the progressive wing of the caucus.

On Friday, likely incoming House speaker Nancy Pelosi (D-CA) appointed Rep. Kathy Cantor (D-FL) to chair the panel. “She will bring great experience, energy, and urgency to the existential threat of the climate crisis,” Pelosi said. “This committee will be critical to the entire Congress’s mission to respond to the urgency of this threat, while creating the good-paying, green jobs of the future.”

“While its details are still amorphous, the Green New Deal envisions massive-scale public investments in energy and efficiency measures, aiming to fully decarbonize the U.S. electricity sector—and much of the rest of the economy—by the year 2030,” Carbon Brief reports in a detailed explainer. “The goal would be to have a plan of action in place by 2020, which could be quickly implemented—if Democrats take both the Senate and the presidency in the 2020 elections.”

While different versions of the plan have different details, “the common theme is a large-scale investment of public resources for rapid decarbonization, modelled after the emergency measures taken in the 1930s by U.S. president Franklin Roosevelt during the Great Depression.”

Advocacy for the Green New Deal began before the dust had settled on midterm elections in early November, with newly-elected progressive Alexandria Ocasio-Cortez (D-NY) briefly joining a sit-in at Pelosi’s office to demand action. But based on the incoming speaker’s announcement Friday, “the panel isn’t expected to have some of the powers demanded by progressives, such as subpoena power or legislative authority—meaning it can’t pass bills to the floor for a full House vote,” The Hill reports. “Castor also refused to mandate that all committee members reject political contributions from fossil fuel companies, saying it would violate the First Amendment.” Those gaps have progressives criticizing the panel.

“This committee, if it turns out that the rumours about it are true, sounds about as useful as a screen door on a submarine,” said Ocasio-Cortez spokesperson Corbin Trent. “As it’s portrayed, it’s going to be completely incapable of solving the greatest threat to humankind.”

The Hill says Pelosi “was caught between incoming members and veterans of Congress on the issues,” adding that “a number of lawmakers on standing committees viewed the Green New Deal with heavy skepticism and worried that it would overlap with their committees’ own goals to address climate change.”

The critics included Raúl Grijalva (D-AZ) and Frank Pallone Jr. (D-NY), incoming chairs of the House natural resources and energy committees, respectively. Grijalva, a co-chair of the Congressional Progressive Caucus, said he would only support the Green New Deal if the committee had no legislative authority.

“The select committee is set up largely the same way it was last time, which led to Waxman-Markey [the 2009 cap-and-trade bill], the boldest, most comprehensive legislation that Congress has advanced in this regard ever,” one senior Democratic aide told The Hill. “The Green New Deal gets into things that are completely unrelated to climate, so it was always an unworkable construct.”

The 2009 committee did have subpoena power, but incoming House Majority Leader Steny Hoyer (D-MD) said this year’s edition won’t need it, since experts will be “dying to come before them”. Climate scientists and other experts “are going to want to testify,” he predicted. “I think they’ll want to give the best information as it relates to the crisis.”

“These freshmen are clearly the most connected to the grassroots of our party—their social media presence speaks to their extraordinary reach in our base,” he said. “So empowering them is showing our grassroots supporters that we are hearing their voices.”

The other question is whether some of those new legislators will be included in Castor’s committee. “The House has yet to announce the panel’s membership, and it’s possible some of the supporters of the Green New Deal will ultimately be asked and assigned,” The Hill notes. “But supporters say they aren’t optimistic based on the limited interaction their offices have so far had with Pelosi’s.”

Leaders of the Sunrise Movement, a U.S. youth organization mobilizing for immediate climate action, said Pelosi’s action showed that she’s out of touch with young voters. “We were aware the select committee on the Green New Deal was a long shot,” said Communications Director Stephen O’Hanlon. But “the proposal for a Green New Deal came out of a real sober look at what the latest UN climate report says,” and “it’s deeply disappointing that Nancy Pelosi and the Democratic establishment have not taken a stand against fossil fuel companies who bankroll Congress.”

India’s Oil and Gas Subsidies Down 70%, But Coal Bailouts Continue