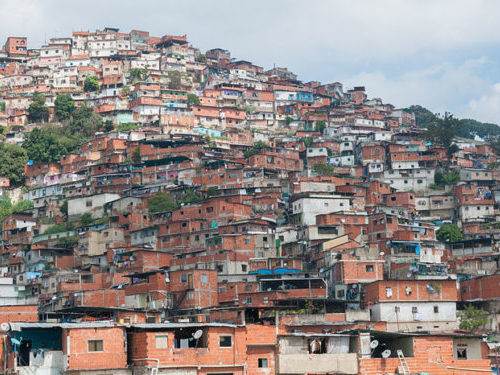 A study of climate migration in Mexico and Central America says big cities in the region must prepare for a huge influx of internal climate migrants, with lessons for all metropolitan areas on how best to accommodate new arrivals seeking better climate conditions and livelihoods.

“Climate in-migration to cities may become the new normal, but it does not need to become a crisis,” says the study prepared by Columbia University and the City University of New York for the Mayors Migration Council (MMC).

Global climate displacement trends have been studied in other contexts, but the MMC study is the first that specifically applies to urban areas, even though cities are “the primary destination of international and internal migrants, and home to 70% of the world’s refugees, internally displaced persons (IDPs), and stateless people.”

Researchers estimate that by 2050, 17 million people will be internally displaced in Mexico and Central America, with 10.5 million travelling to cities. But cities themselves are “acutely vulnerable” to climate hazards, the study notes, and those travelling to them may be “swapping one set of risks for another.”

The majority of migrants to urban areas are likely to settle in the region’s largest cities, which are often assumed to have more resources and support systems. But the influx could stress those systems, so that cities will need policies to protect affordable housing, job opportunities, health care, education, and safe living conditions for migrants and current residents alike.

The study warns that unchecked urban growth could “exacerbate the marginalization of unplanned and/or underserved areas on their periphery.”

Climate migration will not be isolated to Mexico and Central American countries, the study adds, and migration to cities will also have implications for national and international policy. The research team lays out recommendations for international and national institutions to address the issue. They include: investing in programs that “focus on the inclusion of migrant and displaced” while reducing climate impacts on marginalized communities in fast growing urban areas; forming partnerships with city governments for additional research; and including city officials in national and international policy-making.

“Our hope is that this work highlights the clear and immediate urgency for driving national and international investment to city governments and local communities as first responders to climate migration,” the Mayors Migration Council says.