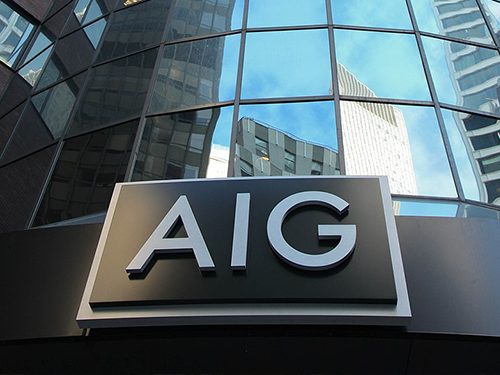 “A lot of daylight is opening up between leaders and laggards,” said LGIM senior sustainability analyst Yasmine Svan. “Climate change is material and a key risk,” and “getting on a net-zero by 2050 pathway is the safest outcome for clients.”

LGIM “is selling its stake in AIG due to the insurer’s lack of policies on excluding thermal coal insurance and because it has yet to disclose figures on the amount of emissions it finances, measures LGIM considers to be a minimum standard for the sector,” Bloomberg Green reports, citing Svan.

AIG is also one of the insurers under pressure from groups “from Vancouver to London to Sierra Leone” to stop underwriting the controversial Trans Mountain pipeline expansion from Alberta to British Columbia. Campaigners were quick to connect LGIM’s decision to the Global Week of Action that will be targeting Trans Mountain’s insurers through June 21.

“Any company that continues to support this sector will only face increasing scrutiny from investors as the urgency of the climate crisis escalates,” and “LGIM’s divestment from AIG puts much-needed pressure on this climate laggard,” Public Citizen Climate Campaign Coordinator Hannah Saggau said in a release.

“AIG has no commitments to end its underwriting and investments in fossil fuels and has insured devastating fossil fuel infrastructure like the Trans Mountain tar sands pipeline, which violates Indigenous rights,” she added. “Failing to rule out projects that destroy our climate and harm local communities is not just bad practice, it’s clearly bad business.”

LGIM took action after vowing in October that it would “engage on climate issues with over 1,000 companies that are together responsible for more than 60% of the greenhouse gas emissions produced by publicly traded companies,” Bloomberg writes. It turns out that policy only applies to £58 billion out of the £1.3 trillion (US$1.8 billion) the financial services behemoth has under management.

But “by dropping the four companies, the asset manager is following through on its threat to sell holdings if the corporations fall short of its minimum standards, including a comprehensive disclosure of emissions,” the news agency says. “LGIM has said it may also vote against companies’ management.”

The three other companies on Legal & General’s to-stop list for this year are Industrial & Commercial Bank of China Ltd., U.S. power utility PPL Corporation, and China Mengniu Dairy Co., Bloomberg writes. The companies lost the big investment house’s confidence with “unsatisfactory responses to engagement and/or breaches of ‘red lines’ around coal involvement, carbon disclosures, or deforestation,” LGIM said in a release. “These companies are in addition to China Construction Bank, MetLife, Japan Post, KEPCO, ExxonMobil, Rosneft, Sysco, Hormel, and Loblaw, all of whom remain on LGIM’s existing exclusion list and who have yet to take the substantive actions required to warrant reinstatement.”

Legal & General said it reinstated U.S. food retailer Kroger after it improved its policies on deforestation and disclosure and began introducing plant-based products.