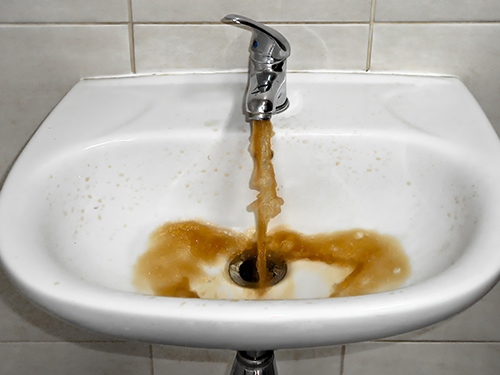 The winter storm that famously brought Texas to its knees last month also delivered misery to places like Jackson, Mississippi. Weeks later, more than 70% of Jackson’s mostly Black residents still don’t have safe water, an infrastructure failure that owes directly to systemic racism, past and present.

While the frigid February temperatures that burst pipes and water mains throughout Jackson’s 100+-year-old water system came as a shock, the ensuing advisories to boil water were likely all too familiar for beleaguered citizens, writes the New York Times. “In Jackson, boil-water notices are common, and an enduring municipal drama has played out for decades, as white flight, an eroding tax base, and poor management have left the remaining residents with old and broken pipes, but without the public funding to fix them.”

Sketching out the bitter connection between past and present, the Times explains how the ending of racial segregation in the state capital triggered an exodus of white people—and their tax dollars: “In 1960, the city was about 64% white and 36% Black. Today it is about 16% white and 82% Black.”

With municipal coffers desperately low (Gizmodo notes that Jackson’s operating budget is “just over US$350 million and only a fraction is for water and sewage”), the city is looking hard for solutions. “Mayor Chokwe Lumumba, a Democrat and African-American, has estimated that modernizing the city’s water infrastructure could cost $2 billion,” the Times writes. “Last week, he asked Governor Tate Reeves, a Republican who is white, for $47 million to help repair the city’s damaged water system.”

Securing the difference will be a challenge, a reality that many activists and commentators are saying owes to a longstanding history of racism among state politicians.

Speaking with Gizmodo, Rukia Lumumba, founder of the People’s Advocacy Institute and sister of Jackson’s mayor, noted that Reeves “waited until a week into the water crisis to mobilize the National Guard to help get people water for drinking, cooking, and flushing toilets.” The governor was even slower to petition the federal government for aid.

Such neglect, she noted, is hardly surprising in a governor who, in 2020, “failed to pass a bill that would have provided funding for struggling water ratepayers and infrastructure repair.”

“The real causes of Jackson’s problems are deeper and more sinister and cost much more than a neglected city can recoup by collecting on late water bills,” she writes in an opinion piece for NBC.

In fact, Ladd explains, as Reeves delivered his insulting remark, thousands of residents just a few short blocks from where he sat in the capitol building “were without even non-potable water to flush their toilets, and not a single home in the city limits had access to safe drinking water we could use without boiling first.”

Ladd says such behaviour puts Reeves in company with a continuum of white state leaders, “including those whose families left Jackson after the forced desegregation of schools in the early 1970s” who have “typically responded to the city’s Black leaders with contempt, blank stares, or condescension.”

Such disrespect is also apparent in an ongoing effort by white Mississippi Republicans to “steal” control of the Jackson–Medgar Wiley Evers International Airport (one of the city’s few remaining revenue generators) from its current leaders, who are Black, Ladd adds. She says lawmakers have called out the spectre of “Jim Crow legislation” in a move that seeks to replace the airport’s city-appointed commissioners “with a state-appointed governing board, only two of whom would come from Jackson.”

Ladd adds that “primary sponsors of the bill didn’t try to hide that they have real estate interests in the white suburban areas just outside the airport gates.”