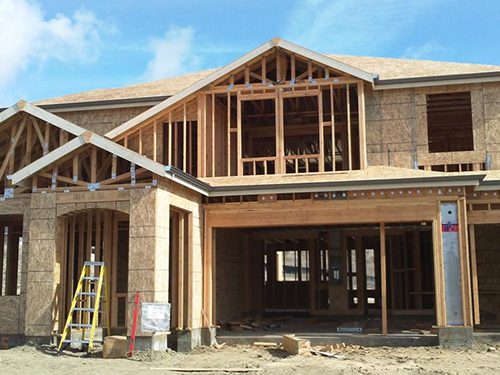 “Reducing heating and cooling loads is a key step in the design and construction of net-zero energy-ready buildings,” explains Kevin Lockhart, the organization’s efficient buildings lead. “This requires that the building envelope be as airtight as possible, while taking in fresh air and expelling stale air through controlled ventilation.”

And “the only way to quantitatively ensure a building has been constructed to be airtight is to measure it using an airtightness test.”

Airtight buildings “are more durable, more comfortable, and consume less energy,” Lockhart adds, and “airtightness testing helps to make sure the air barrier system is preventing moisture-laden indoor air from leaking into cold wall cavities, resulting in condensation that can create a breeding ground for moulds and mildews. If left unchecked, this can cause long-term damage to structural and insulation materials, thereby compromising the building’s long-term durability,” while causing health problems for occupants.

All of which explains why airtightness testing showed up as a mandatory measure, with an allowance for some provinces to prepare for the tighter targets, when Canada’s new model building codes were sent out for public review in March 2020.

But that didn’t stop the executive committee of the Canadian Commission on Building and Fire Codes (CCBFC) from deciding last May that an “essential, simple, and inexpensive method of quality control” should be voluntary, Lockhart says. “This directive came after the proposed changes had been released for public comments, and where the public widely supported the proposed change that included mandatory airtightness testing.”

Efficiency Canada argues that practices like airtightness testing will have to become industry norms if the country’s building codes are to support the drive to greater energy efficiency. “If we are moving to a net-zero energy-ready standard, we cannot allow actors who wish to maintain the status quo to undermine the integrity” of that objective, he writes.

One of the common objections to mandatory airtightness testing is that some provinces lack the staff to get the work done, Lockhart states. “There is a simple solution to that—we need to train and hire more people!” he says. “However, this argument becomes circular, because attracting people to new careers as energy advisors and building officials will only become more challenging under a voluntary testing regime.”

The good news is that, with first approvals of the new code likely delayed until 2022, Lockhart says there’s time for the CCBFC to resolve any issues surrounding airtightness testing and rescind its directive making the practice voluntary. Or the committee could reintroduce mandatory testing with evidence-based standards, while issuing “guidance for builders on how to successfully conduct airtightness testing, and to building officials responsible for enforcing compliance.”