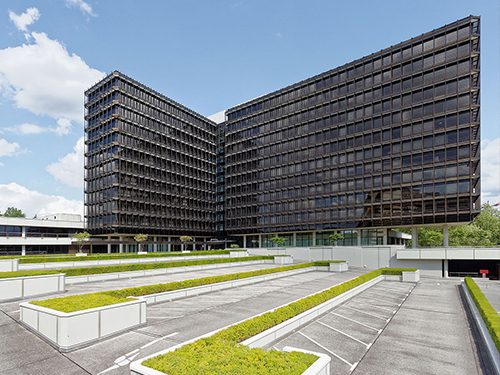 Royal Dutch Shell is facing a wave of resignations among clean energy executives who’ve become disillusioned with the colossal fossil’s highly-touted carbon reduction plan, just weeks before a major strategy review due to be released in February.

“Some executives have pushed for a more aggressive shift from oil, but top management is more inclined to stick closer to the company’s current path,” the Financial Times reports, citing four sources familiar with the story. Another source predicted further departures.

“People are really questioning if there will be any change at all,” one contact told the Times. “Part of the frustration is that you see the potential, but the mindset isn’t there among senior leaders for anything radical.”

While Shell CEO Ben van Beurden has called for lower-carbon businesses like biofuels and solar to accelerate, “he has also said that oil will continue to be a huge cash generator and the company will expand its gas division,” the Times adds. “There is going to be a place for our upstream business for many decades to come,” he told a recent conference.

Last year, a defiant van Beurden claimed the company had “no choice” but to keep investing in long-running fossil projects. “Despite what a lot of activists say, it is entirely legitimate to invest in oil and gas because the world demands it,” he told Reuters. “We can sustain an upstream (oil and gas) portfolio all the way into the 2030s if there is an economic rationale for doing that and a societal rationale for doing that,” he added. And “fortunately enough, we have more of those than we have money to spend on them.”

That line of thought apparently didn’t sit well with offshore wind VP Dorine Bosman, energy transition lead Katherine Dixon, Marc van Gerven, who headed Shell’s solar, storage, and onshore wind businesses, or Eric Bradley from the company’s distributed energy division. “Not every move is known to be linked to frustration about the pace of change,” the Times says. “But people familiar with the internal debate said there were deep divisions over the time frame for reducing the company’s dependence on oil and gas revenues, which had influenced at least some of the departing executives.”

Some senior executives at Shell “are concerned about investing larger sums into greener businesses that are not as lucrative as traditional fossil-fuel divisions. They also believe the company has already moved aggressively and only needs to communicate better,” the news story adds.

But others are concerned the British-Dutch company will fall behind its industry peers if its strategy is limited to “rearranging the deckchairs”, the Times adds.

“I don’t know how we are going to transition without wholesale change at Shell. We don’t have the culture or that level of flexibility to do it,” said one of the paper’s in-house sources. “I wouldn’t be surprised if we see more high-profile departures.”