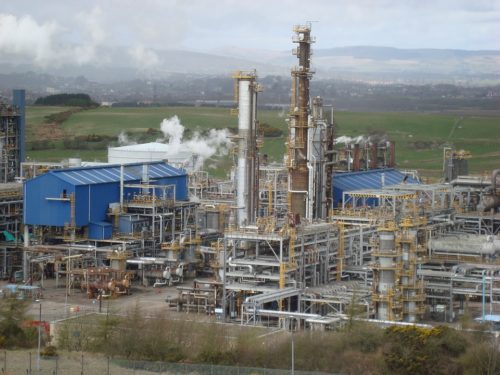 The United States is on the verge of a US$202.4-billion boom in plastics and petrochemical production that could put the country at odds with global efforts to control climate change, while extending a lifeline to an oil and gas industry looking ahead to a competitive threat from decarbonized electricity.

“This building spree would dramatically expand the Gulf Coast’s petrochemical corridor (known locally as ‘Cancer Alley’)—and establish a new plastics and petrochemical belt across states like Ohio, Pennsylvania, and West Virginia,” DeSmog Blog reports, in a post republished by EcoWatch. “If those projects are completed, analysts predict the U.S. would flip from one of the world’s highest-cost producers of plastics and chemicals to one of the cheapest, using raw materials and energy from fracked gas wells in states like Texas, West Virginia, and Pennsylvania.”

The effort to turn the old U.S. Rust Belt into a 21st century Plastics Belt would be funded largely by foreign investors, and would fall outside the frame of the Paris Agreement—at least until a future White House administration brings the country back under the umbrella of the global deal. “If American policy-makers approve this wave of new plastics and petrochemical plants with little regard to curbing climate change and reducing fossil fuel use, environmentalists warn, they’ll be greenlighting hundreds of billions of dollars of investment into projects at risk of becoming stranded assets.”

DeSmog’s investigation opens on a November 2017 memorandum of understanding that would see the China Energy Investment Corporation commit $83.7 billion over 20 years to a cluster of projects in West Virginia. The deal seems to be going through in spite of Donald Trump’s trade war with China and a separate corruption investigation.

More broadly, “the American Chemistry Council has linked 333 chemical industry projects, all announced since 2010, to shale gas—that is, gas that is produced using fracking. Forty-one percent of those projects are still in the planning phase as of September, according to the council, and 68% of the projects are linked to foreign investment,” DeSmog notes.

“The petrochemical industry’s interest is spurred by the fact that the region’s Marcellus and Utica shales contain significant supplies of so-called ‘wet gas’,” explains writer Sharon Kelly. “This wet gas often is treated as a footnote in discussions of fracking, which tend to focus on the methane gas, called ‘dry gas’ by industry—and not the ethane, propane, butane, and other hydrocarbons that also come from those same wells.”

But those natural gas liquids (NGLs), delivered to customers in condensed, liquid form, serve as a feedstock for an array of manufacturing processes that are expected to produce a 20% increase in greenhouse gas emissions by 2030, according to a report last month by the International Energy Agency. “The chemical and petrochemical sector is by far the largest industrial energy user,” the IEA noted in 2013, “accounting for roughly 10% of total worldwide final energy demand and 7% of global [greenhouse gas] emissions.” DeSmog says those totals have been creeping up since.

“Petrochemicals are one of the key blind spots in the global energy debate, especially given the influence they will exert on future energy trends,” said IEA Executive Director Fatih Birol. But “our analysis shows they will have a greater influence on the future of oil demand than cars, trucks, and aviation.”

DeSmog says the wave of new investment will depend on decades of oil and gas fracking, providing fossils with a valuable hedge against declining demand for their energy products. “Unlike refining, and ultimately unlike oil, which will see a moment when the growth will stop, we actually don’t anticipate that with petrochemicals,” said Andrew Brown, upstream director for Royal Dutch Shell, in an interview in March.

That prospect has U.S. environmental groups worrying about a looming crisis in plastics pollution. “We could be locking in decades of expanded plastics production at precisely the time the world is realizing we should use far less of it,” said Carroll Muffett, president of the U.S. Center for International Environmental Law.

The volume of business represents a challenge for communities like Pittsburgh that have adopted ambitious emission reduction targets, but could see that momentum offset by a decision to embrace a new growth industry. And due to the sheer number of products involved, “the petrochemicals industry itself straddles an uncomfortable fence when it comes to renewable energy and climate change,” DeSmog notes. “A significant portion of its revenue comes from ‘clean’ technology sectors, as it provides materials used to make batteries and electric cars”: GreenBiz reported last year that about 20% of the industry’s revenue “comes from products designed to reduce greenhouse gas emissions,” and DeSmog says the American Chemistry Council “cited the industry’s role supplying ‘materials and technologies that improve energy efficiency and reduce emissions’ as it opposed Trump’s decision to drop out of the Paris agreement.”