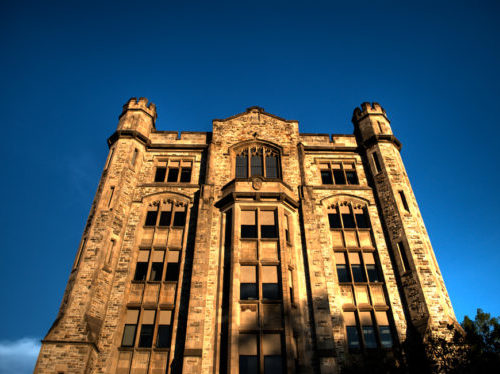 One of Canada’s leading climate and energy groups may be on the verge of losing its charitable status, under a Harper-era policy that Prime Minister Justin Trudeau promised to abolish once he took office.

Environmental Defence Canada Inc. was among 60 charities—most of them environmental NGOs—that the former government directed the Canada Revenue Agency to target in 2012, in a $13.4-million audit sweep that was widely condemned as political interference. The program was funded “after several cabinet ministers publicly vilified environmentalists as ‘terrorists’ and ‘money launderers’ for opposing the Conservative government’s energy and pipeline policies,” CBC recalls.

Now, despite spending $500,000 so far in legal and other costs to defend itself, Environmental Defence has received notice that the CRA “plans to revoke its charitable status because the group is too political,” the national broadcaster reports. It’s one of five charities facing deregistration if their appeals are unsuccessful.

Canadian non-profit groups could be forgiven for hoping the era of being targeted by the country’s tax agency for their advocacy activities ended with the Harper government. Campaigning during last year’s election, Prime Minister Justin Trudeau promised to end politically motivated CRA audits. He reiterated the directive after the election, instructing National Revenue Minister Diane Lebouthillier in her public mandate letter to “cease hounding environmental charities.”

“We will allow charities to do their work on behalf of Canadians, free from political harassment, and will modernize the rules governing the charitable and not-for-profit sectors,” the Liberal campaign book said at the time. “This will include clarifying the rules governing ‘political activity,’ with an understanding that charities make an important contribution to public debate and public policy.”

In January, the new Liberal government cancelling the last six of 60 audits its Conservative predecessors had planned, CBC notes, “but all audits already under way were allowed to continue.” Which was cold comfort for ENGOs already caught up in the Harper-era process.

“They haven’t budged in any way,” said Environmental Defence Executive Director Tim Gray. “We will reply by a deadline in early January.”

Earlier this year, Lebouthillier stated that “the independence of the Charity Directorate’s oversight role for charities is a fundamental principle that must be protected,” so “I cannot and will not play a role in the selection of charity audits or in the decisions relating to the outcomes of those audits.”

But Gray noted that “it seems odd to allow these things to proceed” when Ottawa is currently taking public input on possible changes to charitable regulations. “Why is this continuing? It really should just be put to bed.”