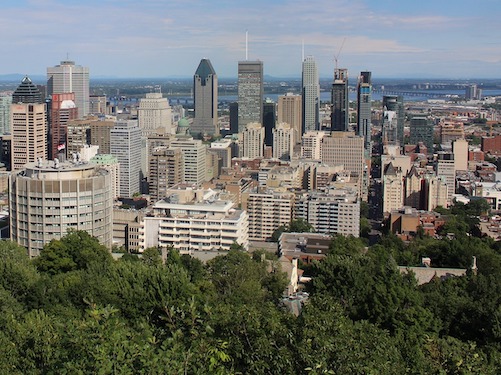 Coderre said the MMC, which represents 82 Montreal-area jurisdictions, had determined the environmental costs of the proposed 1.1 million barrel-per-day pipeline would far outweigh the benefits to the region. While the project would deliver $2 million per year in economic gain, he told media, a major diluted bitumen spill would cost $1 to $10 billion to clean up.

In September, Laval Mayor Marc Demers said his city, Quebec’s third-largest, “unequivocally opposes the pipeline because of environmental concerns, citizen safety, and the threat of spills in the island-city’s waterways,” the Financial Post reports.

Premiers Brian Gallant of New Brunswick, Rachel Notley of Alberta, Brad Wall of Saskatchewan, and Mayor Naheed Nenshi of Calgary all took part in the response—with Wall, who faces a provincial election this spring, tweeting that “I trust Montreal area mayors will politely return their share of $10B in equalization supported by west.” Coderre responded that the MMC speaks for four million people, compared to Saskatchewan’s 1.3 million.

Nenshi said the project is “the right thing, not just for Canada, but I’ve got to say, Mayor Coderre, it’s the right thing for Montreal.” After meeting with Notley in Toronto Friday, Ontario Premier Kathleen Wynne signaled she might be more amenable to supporting Energy East.

But Coderre stood his ground, pointing to extensive hearings last fall in which the MMC studied the local environmental risks attached to the project.

“An oil spill can’t just be turned off, and it would affect multiple waterways, including water basins and groundwater—you have to take all of this into consideration,” he said. “Call a spade a spade: It’s a bad project.”

Montreal-based Équiterre applauded the MMC’s “courageous decision,” noting that the announcement brought the number of Quebec municipalities opposing the project to 300.

“During the last electoral campaign, Justin Trudeau declared that ‘the federal government gives permits, however it’s communities who give permission,’” said co-founder Steven Guilbeault. “And so, in the case of Energy East, the elected officials representing half of the Quebec population have now said ‘no’ to this project.” Équiterre noted the MCC’s conclusion that Energy East would contravene its 2011 Metropolitan Land Use and Development Plan.

Yves-Thomas Dorval, President of the Quebec Employers Council, told CBC he supported the project but considered the MMC’s decision legitimate. “We support the business and economic case for the pipeline,” he said, but the municipalities “did what they had to do. It was a consultation and there are real risks that have to be evaluated.”