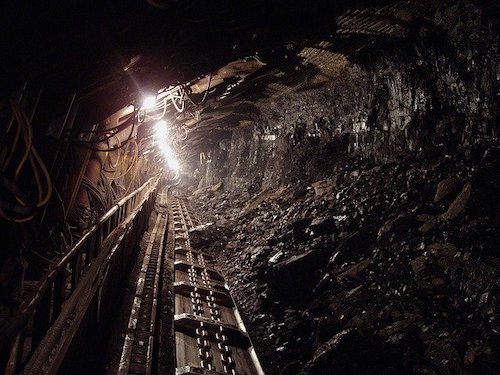 Two legal challenges against a new UK coal mine, the Woodhouse Colliery in the North West England county of Cumbria, may determine the country’s future reputation as a climate leader, after a new analysis suggested the mine would release 17,500 tonnes of methane per year.

Planning to “open a new coal mine in the middle of a climate emergency is unthinkable,” said Tony Bosworth, a climate and energy campaigner for Friends of the Earth.

Friends of the Earth and South Lakes Action on Climate Change (SLACC) are each going to court to “quash government approval for the mine,” reports BBC.

“Our legal challenge focuses on how the Secretary of State dealt with evidence relating to climate change put forward by Friends of the Earth and others at the planning inquiry,” explained Bosworth.

The proposed mine would be located near the town of Whitehaven. It was initially approved by a local county council in 2020, but the decision was later withdrawn after high-profile opposition as the UK was preparing to host the COP 26 climate summit in Glasgow. The mine was re-approved in late December 2022, and is just one of 115 requests for new licences the government has received from fossil fuel companies, The Guardian says.

The Colliery would be the region’s first new coal mine in 40 years. It is expected to extract millions of tonnes of coking coal for steel production during its lifetime, and a new analysis by Green Alliance shows that the mine would also release 17,500 tonnes of methane every year, according to The Guardian.

Methane is a top priority for short-term climate action because it’s a shorter-lived climate pollutant than carbon dioxide, but packs about 80 times the warming potential over a 20-year span. That means drastic methane cuts now buy time to implement longer-term changes to limit global warming. Critics of the Colliery say emissions from the mine would put the UK’s methane targets out of reach and counter a larger global trend towards phasing out coal.

The mine’s backers claim it will create 500 jobs in the area. The UK government—which has committed to reducing methane emissions 30% by 2030—says it approved the mine based on advice from an independent planner and claims that the mine would be carbon-neutral.

However, the carbon calculation only applies to its mining operations and does not account for emissions from producing and burning the coal. Green Alliance is also questioning whether even that is possible: the Guardian says nearly all of the mine’s emissions would need to be captured to make its operations carbon-neutral but the industry’s best capture rates rarely surpass 50%.

In addition to undermining the UK’s climate progress, Green Alliance is also pushing back against claims about the mine’s benefits, saying the economic and employment gains will be short-lived as coal demand falls in favour of renewable energy. While coking coal is used for steel production, not power generation, steel mills are rapidly decarbonizing, as well.