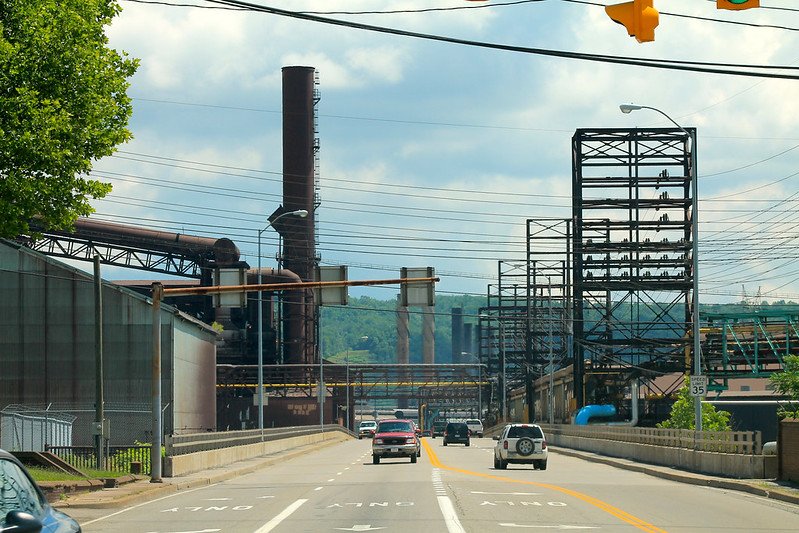 Long-duration storage batteries are beginning to emerge as an alternative to expensive, new transmission lines as power utilities shift to renewable energy, and a town in West Virginia is about to gain 750 jobs as a result.

The US$760-million plant is expected to open next year and create 750 jobs in Weirton, population 18,813, a town located 36 miles outside Pittsburgh that went through decades of ups and downs with a steel mill that ultimately folded at the beginning of this century. Form Energy chose the site from a list of 500 possible locations after the state put up $290 million in incentives.

When he announced the deal, Gov. Jim Justice (R) recalled the town’s “tough, tough times”, adding that the battery plant would continue the state’s legacy as an energy producer. “We want West Virginia to be known forevermore as that energy state that always figured it out,” he said.

Canary Media traces the history of a battery developer that got its start when co-founder and CEO Mateo Jaramillo left Tesla to focus on the problem of long-term storage. “To reach renewable energy independence, to meet supply chain challenges, to run the grid reliably and affordably, we need new, domestically manufactured energy storage technologies capable of cost-effectively storing electricity for multiple days,” he said.

The company received US$3.8 million from the U.S. Advanced Research Projects Agency for Energy (ARPA-A) to develop a different battery chemistry, CNBC writes. But after that, “we chose to focus on an iron-air battery as our first commercial offering both because of its promising performance in the lab and because the iron-air chemistry positions us to tap into the global iron supply chain that already exists to support steel manufacturing,” the company stated.

Autoevolution explains that iron-oxide battery technology dates back 140 years and is comparable to the tiny zinc-air cells that power hearing aids. [That’s a technology that some of us depend on and deeply appreciate every single day—Ed.] Iron-oxide costs about one-tenth as much as lithium-ion. But iron-oxide and zinc-air cells are both a one-way trip—once they’re depleted, they can’t be reused.

Until now, that is. “A team of researchers at MIT found a way to reverse the corroding process, so the rechargeable iron-air battery development started,” Autoevolution writes. “The iron was chosen because it is cheap and abundant, making the batteries truly affordable.” The “reverse rusting” process stores and releases energy efficiently at a cost of about $20 per kilowatt-hour, compared to figures as high as $200/kWh for lithium-ion.

You’ll never see an iron-oxide battery in an electric car, Autoevolution says: iron is heavier than lithium, and it’s much slower to charge. But the units work well for grids that need long-term storage, even if they have to be paired with lithium-ion batteries to handle short-term demand shifts.

Form Energy announced the new plant at a time when U.S. utilities are looking for affordable ways to bring more renewable energy onto the grid. Last week, a study released by the New York Battery and Energy Storage Technology Consortium (NY-BEST) concluded that storage as a transmission asset (SATA) “can yield savings for consumers and limit the impacts on land resources and the environment,” Utility Dive reports.

The study spotlighted energy storage as a “cost-effective alternative to traditional transmission lines for integrating renewable energy, maintaining reliability, and modernizing the electric grid,” the news story states. It found that planning rules, tariffs, and utility market designs have had the effect of “denying and inhibiting SATA development” in New York State.

The American Clean Power Association agreed, comparing SATA to adding an extra lane to a highway during rush hour. “Used in this way, storage can enhance existing transmission lines or even serve as an alternative to building new transmission projects,” the group said.

That line of thinking comes not a moment too soon for Weirton, a town where “history tells us, like it or not, as goes the mill, so goes Weirton, in good times and bad,” according to an Ohio Valley historian who memorialized the place. Not too long ago, Gov. Jim Justice said last month, “we were really, really excited when we had an announcement of eight jobs at a water bottling plant.”

Now, he added, “we need to embrace all the renewables, all the alternatives, while never forgetting—never, ever forgetting—our coal miners, our gas workers, and all the goodness that we have with our natural resources.”