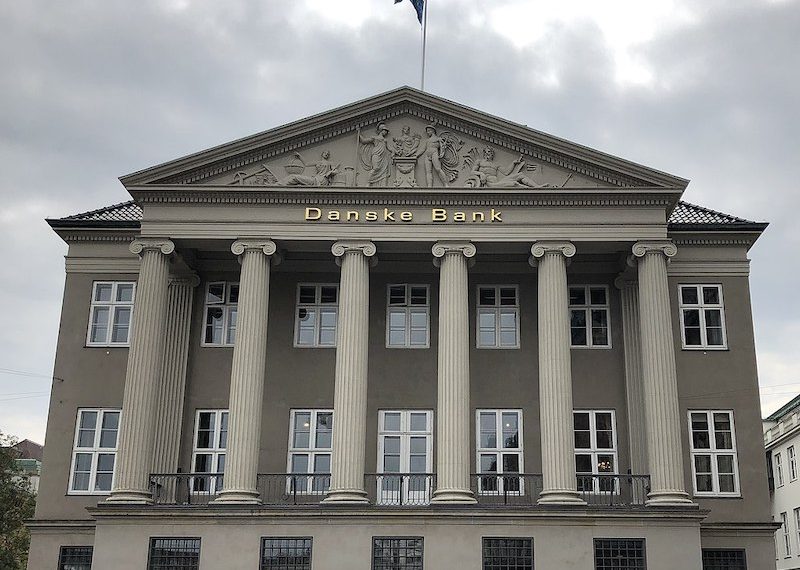 Denmark’s biggest bank has declared an end to fossil fuel financing, after concluding that 99.9% of its carbon footprint comes from financed emissions.

Danske Bank supports “an orderly transition to low-carbon economies and will, for that reason, not offer refinancing or new long-term financing to oil and gas exploration and production (E&P) companies that do not set a credible transition plan in line with the Paris Agreement,” the institution declares [pdf], in a new Position Statement on Fossil Fuels released Friday.

“In continuation of this, Danske Bank’s view is that financing new oil and gas fields is incompatible with our commitment to support the Paris Agreement and have therefore decided not to offer long-term financing or refinancing to E&P oil and gas companies that intend to expand supply of oil and gas.”

Danske Bank issued the statement less than a week after Reclaim Finance revealed that Canada’s top five banks, led by the Royal Bank of Canada, poured US$37.4 billion into fossil fuel finance since joining the Glasgow Financial Alliance for Net Zero (GFANZ) in 2021.

Andrew Block, RBC’s senior director of climate communications, told The Energy Mix the bank would “respectfully decline comment” on how a decision like Danske’s might influence its own practices, or what RBC thinks it knows about fossil fuel investments that its Danish counterpart doesn’t.

• Withhold long-term financing or refinancing for fossils that generate more than 5% of their revenue from oilsands, shale, Arctic, or ultra-deep sea oil and gas;

• Invest in exploration and production companies that draw more than 5% of their revenue from the oilsands;

• Withhold refinancing or new long-term investment to any oil and gas E&P company “that does not set a credible transition plan in line with the Paris Agreement,” including a 2050 net-zero goal, ambitious short- and medium-term targets, attention to downstream or “Scope 3” emissions, and a “commitment to not expand supply of oil and gas beyond what was approved for development” by December 31, 2021.

The plan sets similar targets for coal- and peat-fired power generation. It exempts companies above the 5% threshold that have credible 2030 phaseout plans, and allows financing to otherwise ineligible companies if it is “ring-fenced for renewable energy or carbon capture, utilization and storage (CCUS) activities.”

Footprint the Size of a Country

In a release Friday, Danske Bank said it had already reduced its fossil investments by 37% and its lending to oil and gas companies by 50% since 2020. In that year, the bank’s carbon footprint totalled 41.1 million tonnes.

“Being the second-largest bank in the Nordic region with close to 3.3 million customers and DKK 2,800 billion (US$409 billion) in invested capital and lending, we are in a unique position to contribute to solving the climate challenge,” said CEO Carsten Egeriis. “We make the greatest impact for the individual and for society by owning our role in society and by offering our customers advisory services and financial solutions to support their transition.”

• Reducing the emissions intensity of its financing in oil and gas, energy utilities, and shipping by 50%, and in commercial real estate and household mortgages by 55%;

Matt Price, director of corporate engagement at Investors for Paris Compliance, said he sees “no signs that Canadian banks are ready to follow Danske and HSBC in taking the IEA’s net-zero pathway seriously and end their support for fossil fuel expansion.”

And while the federal Office of the Superintendent of Financial Institutions (OSFI) is working on new climate guidance for the institutions it regulates, a draft that circulated last year “was far too timid, focusing mainly on better disclosure,” Price added. “Canada faces huge transition risks in its financial sector given our reliance on fossil fuels, and our regulators will need to do much more if we are to manage this properly.”