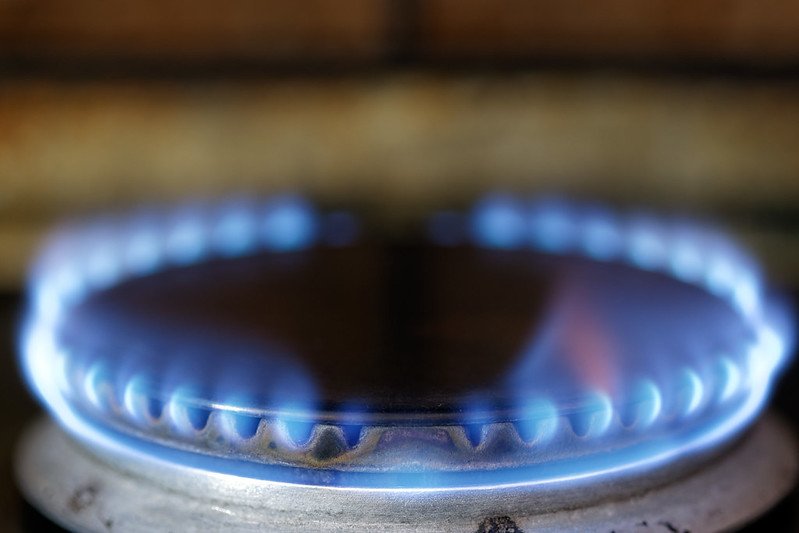 The protracted culture war over environmental policy in the United States was rekindled earlier this month by a controversy over gas stoves, with Republicans declaring that their beloved cooking appliances would have to be pried from their “cold dead hands”—though nobody was coming for them.

“Genuine or not, the stove flap gave Republican lawmakers an opening to put Biden’s energy policies back on the front burner, after last year’s spurt of high gasoline prices had faded from the headlines,” writes Politico.“It also touches on a real, coast-to-coast crusade by liberal city and state leaders to prohibit gas stoves and furnaces in new buildings, on the grounds that they endanger health and contribute to climate change.”

A study released last year showed that emissions from gas stoves reduce indoor air quality and are linked to 12.7% of childhood asthma cases in the U.S. It renewed decades-old concerns about gas stoves’ impacts on public health and prompted Richard L. Trumka Jr., a commissioner at the U.S. Consumer Product Safety Commission (CPSC), to comment in a Bloomberg interview that the stoves are a “hidden hazard” that could be banned in the future—if they are not made safer.

Trumpka’s statement was widely mischaracterized in tweets from politicians like House Rep. and former White House physician Ronny Jackson (R-TX), who stated that “if the maniacs in the White House come for my stove, they can pry it from my cold, dead hands.” Senator Joe Manchin (D-WV) weighed in, as well, declaring that “the federal government has no business telling American families how to cook their dinner. I can tell you the last thing that would ever leave my house is the gas stove that we cook on.”

Others claimed the looming ban on gas stoves was part of a larger liberal agenda to “electrify everything,” or that the push to regulate indoor air quality “could be a Trojan horse designed to get even more ‘smart’ monitoring technology into your home.”

Trumpka Jr. responded to the backlash to clarify that the CPSC “isn’t coming for anyone’s gas stoves.” Regulations apply to new products, he added, and pointed out that Americans who choose to switch from gas to electric can qualify for a US$840 rebate under the Inflation Reduction Act. President Joe Biden and CPSC Chair Alexander Hoehn-Saric also affirmed that no one is planning to ban gas stoves.

The humble appearance of gas stoves belies their strong influence on U.S. energy policy. Unlike other fossil fuel-powered household appliances that could be replaced in a clean energy transition—like furnaces and water heaters—people interact with their stoves daily and are more likely to have opinions about them.

“The natural gas industry has long known that our stoves are key to our commitment to gas,” the New York Times wrote last year. “If we love our gas stove, we won’t give up the fuel source.”

“And so the industry has been advertising gas cooking since the 1930s, with rap videos in the 1980s and, most recently, social media influencers raving about their gas burners.”

But long-standing concerns about gas stoves’ adverse health effects have sparked a push for regulations across various U.S. states and cities. New York Governor Kathy Hochul is considering the nation’s most aggressive ban on fossil fuels in new buildings, which would be a serious blow to the gas industry. And the growth in municipal gas ban proposals, like the one in New York, is one reason why Republicans, Joe Manchin, and gas industry officials have responded so strongly to possible regulations for gas stoves.

“If we’re able to get gas bans in new buildings, then these gas companies are losing their growth, they’re losing their new market share, and they’re going to start shrinking,” Leah Stokes, a political scientist at the University of California, Santa Barbara, told Mother Jones. “That sort of downward spiral becomes very problematic, because then investors start to think this isn’t a good company to invest in. The fights that are playing out in California and New York are really bellwethers for the gas industry overall.”