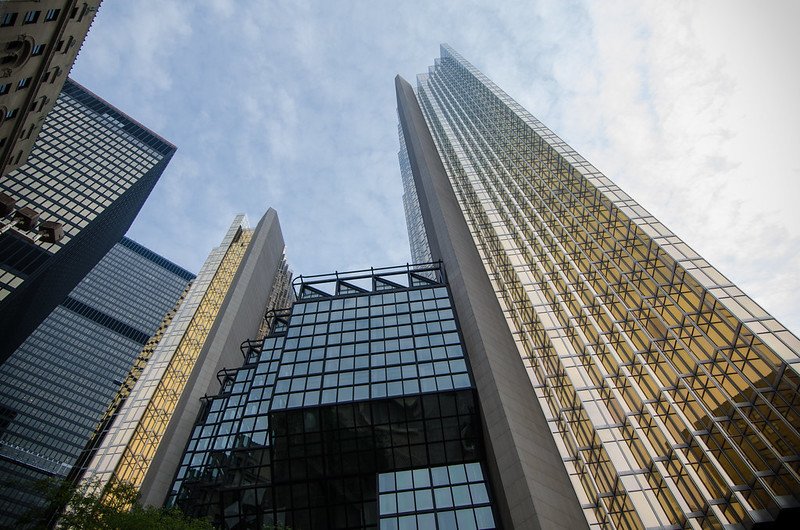 Banks associated with Mark Carney’s Glasgow Financial Alliance for Net-Zero (GFANZ) poured US$269 billion into “fossil fuel expanders” in the months after the alliance formed, and investment houses like BlackRock and Vanguard held another $847 billion linked to 165 billion barrels of oil or equivalent under development, according to a scathing report issued this morning by Paris-based Reclaim Finance.

The Royal Bank of Canada, Toronto-Dominion Bank, ScotiaBank, and BMO Financial Group placed ninth, 12th, 13th, and 19th on the list of the 20 top fossil banks associated with GFANZ, with Canada’s top five banks pouring $37.4 billion into fossil fuel expansion since signing up. HSBC, the UK bank that pledged last month to get out of fossil fuel financing, placed sixth.

“Only a handful of the financial institution members of GFANZ have policies that meaningfully restrict finance to companies developing new fossil supply projects,” the report says. “The GFANZ sectoral alliances fail to adequately address fossil fuel expansion, and even where individual alliances have issued limited anti-fossil expansion positions, they have failed to ensure that their members incorporate these positions into their policies.”

The research indicates that:

• Between the date they joined GFANZ and August, 2022, the 56 banks in the Net-Zero Banking Alliance (NZBA), one of the sectoral groupings that make up GFANZ, extended at least $269 billion in new financing to 102 companies developing major new fossil fuel projects. That activity adds up to 137 billion barrels of oil or equivalent and 92 gigawatts of new coal power plants, equivalent to the current capacity of Japan and South Africa combined.

• As of last September, the 58 biggest investment houses in the Net Zero Asset Managers (NZAM) Initiative held at least $847 billion worth of stocks and bonds in 201 fossils, about 90% of the total in “oil and gas expansionists” with 165 billion barrels of oil equivalent under development. For all the ideologically-driven pushback it has received and responded to from U.S. states like Texas, investment behemoth BlackRock is the biggest GFANZ investor in fossil fuel expansion, with $170 billion in oil and gas plus $23 billion in coal. The second-biggest, Vanguard, quit NZAM in December.

• Out of 161 GFANZ members that Reclaim Finance follows in its Oil and Gas Policy Tracker, France’s La Banque Postale is the only one with a “robust policy ending support to oil and gas companies developing new supply projects,” the report says. Seven other banks, all of them in France, have “moderate” oil and gas expansion policies with loopholes.

• Only 61 of the 161 GFANZ members covered by the report have policies that partially exclude new coal projects, including nine committed to ending all new financing for coal mines, plants, and related infrastructure.

The Reclaim Finance analysis lands in the midst of a tough several months for GFANZ, the banking alliance launched with great fanfare by former Bank of England governor Mark Carney during the COP 26 climate summit in Glasgow, Scotland, in November, 2021. The initiative launched with 450 members representing $130 trillion in financial clout over a 30-year span. But the rules guiding the formation of the alliance made no explicit mention of a fossil investment phaseout “because the rules are outcome-specific rather than process-specific,” a spokesperson told The Energy Mix.

That was because “no one knows a bank’s portfolio like they do.”

The plan at the time was that participating financial institutions would set initial emission reduction goals within 12 to 18 months, then ratchet the targets down in five-year increments. “It’s a mammoth transition,” Carney told CBC at the time. “We have banks, asset managers, pension funds, insurance companies from around the world,” so “one of the key messages of this COP is: the money is there.”

But as the first round of deadlines approached last fall, the alliance began to fracture. In September, the Financial Times reported that several major banks were threatening to quit GFANZ, claiming they’d been “blindsided” by tougher requirements.

“I am close to taking us out of these global green commitments—I’m not going to allow third parties to create legal liabilities for us and our shareholders. It is immoral and irresponsible,” one senior U.S. banker told the Times. “What if we get it wrong, make a mistake, or someone lies? Then the bank can be sued. That is an unacceptable risk.”

In early November, Netherlands-based Banktrack reported that GFANZ had bowed to the pressure by “quiet-quitting” the Race to Zero Campaign, a UN effort to rally businesses, cities, regions, and investors around a 2050 net-zero target, by making its members’ participation voluntary. “GFANZ member alliances are encouraged, but not required, to partner with the Race to Zero,” a spokesperson said, adding that the voluntary approach would “help ensure GFANZ’s recommendations reflect regional contexts, and the supervisory, regulatory, and legal obligations unique to the financial sector.”

That announcement was seen as a major step down from the more rigorous standard—with expectations for actual, real-life emission reductions—that Race to Zero had been circulating in the months previous.

Now, “if they are to be seen as credible, the alliances’ guidelines and protocols need urgently to be updated to require their members to phase out the provision of financial services for fossil fuel expansion,” Reclaim Finance says. The group’s prescription for a more effective response from GFANZ includes dropping support for new coal projects, withdrawing support from companies planning new oil and gas development, and adopting “robust corporate engagement policies with clearly defined demands and escalation strategies that include meaningful financial sanctions.”

The Reclaim Finance analysis coincides with a release from several U.S. climate groups that urges four of the country’s biggest banks to salvage their flagging balance sheets by embracing green energy financing. It warns that the four biggest fossil funders in the U.S.—Wells Fargo, Citi, Bank of America, and JPMorgan Chase—are “putting their businesses in jeopardy” by failing to tap into $370 billion in financial flows under the Biden administration’s Inflation Reduction Act.

“Climate groups are urging banks to shift lending and underwriting to renewable energy, in a boost to better and safer investments.”