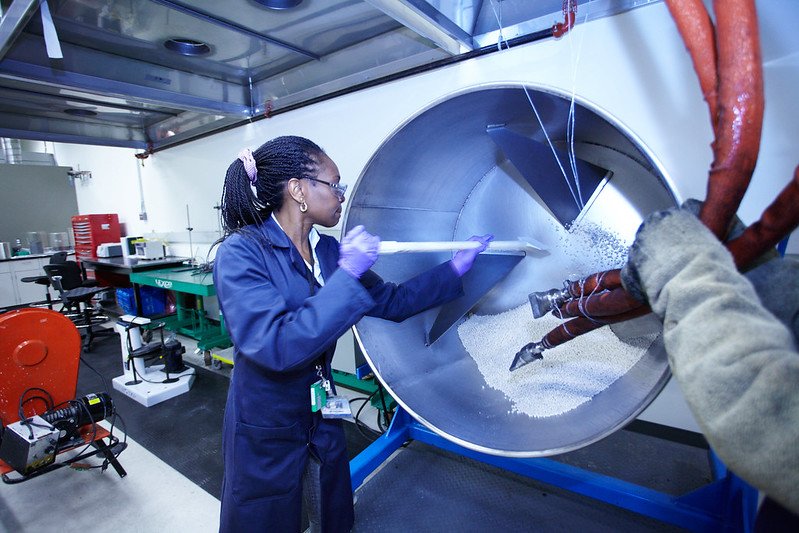 Innovators motivated by climate change have been shifting hydrogen technology toward low-emission solutions, boosting the potential for green hydrogen to replace fossil fuels in industries like long-haul transport, where few clean alternatives exist.

But European oil companies’ investments in hydrogen are overwhelmingly “aimed at lowering the carbon intensity of their refinery operations, rather than developing green transport fuels,” reports oilprice.com.

Fossil investment is not the whole story, however. The International Energy Agency (IEA) collaborated with the European Patent Office (EPO) on a “first of its kind” report that analyzes the patenting trends in hydrogen production technologies over the past 20 years. The study shows “a clear shift of innovation from traditional, carbon-intensive methods to new technologies with the potential to decarbonize hydrogen production.”

Technologies motivated by climate concerns generated nearly 80% of all patents related to hydrogen production in 2020, the two agencies found.

Hydrogen is gaining recognition as an essential fuel for achieving national net-zero targets. But not all hydrogen fits that pathway. Grey hydrogen is produced using fossil fuels, and blue hydrogen is derived from fossil gas—though its carbon emissions are meant to be captured and sequestered underground, independent analysis has the technique resulting in higher emissions than just burning the gas directly, or even turning to climate-busting coal. Only green hydrogen—created by electrolysis that uses clean energy sources like solar or wind—can be produced without emissions. But the technology is still expensive, so innovation plays a key role in its viability.

The IEA and EPO used patent data for 2011 through 2020 to track the technical progress of clean hydrogen technology across the entire value chain: production, storage, distribution, liquefaction, and end uses. It found the technology is shifting towards low-emission solutions, with Europe and Japan leading the way and the United States falling behind during the study period. The European chemical industry, in particular, “dominated” innovation in established hydrogen, “but the new hydrogen patenting heavyweights are companies from the automotive and chemicals sectors focusing on electrolysis and fuel cell technologies.”

Patents for hydrogen technologies for the automotive sector increased at much higher rates than other end-use applications, and hydrogen use in steel production has progressed recently—but innovation has not significantly taken off for uses like long distance transportation, “particularly for shipping and medium-haul aviation.”

A separate report by Brussels-based Transport and Environment (T&E) shows [pdf] European fossils starting to invest in hydrogen and e-fuels for transport. But they spend a lot more—nearly eight times as much—on biofuels refining.

“Instead of supplying hydrogen and e-fuels to various transport modes, oil companies have been mainly focused on reducing the carbon intensity of their refinery operations, focusing on replacing grey hydrogen with blue hydrogen and to a lesser extent green hydrogen,” T&E writes. “A dedicated policy push will be needed to push refiners to supply e-fuels for aviation and shipping.”

Their report also found that 80% of later-stage investments in hydrogen businesses went to companies that had previously filed patent applications, showing that patenting is an important step for start-ups looking for investment capital. “More than half of the US$10 billion in venture capital investment into hydrogen firms in 2011-2020 went to start-ups with patents, despite them making up less than a third of the start-ups in the report’s data set.”

Patents have similarly helped finance other sustainable technologies, with studies showing a 300% rise in wind power patents in the past decade and a 200% increase for heat pumps in the last five years, notes [pdf] The Patent Lawyer. But patenting can also present a barrier when “much of this sustainable innovation takes place in organizations that do not take full advantage of the patent system.” To move faster towards a net-zero future with sustainable technology, governments should aim to raise awareness of patenting and lower barriers to the system, The Patent Lawyer says.