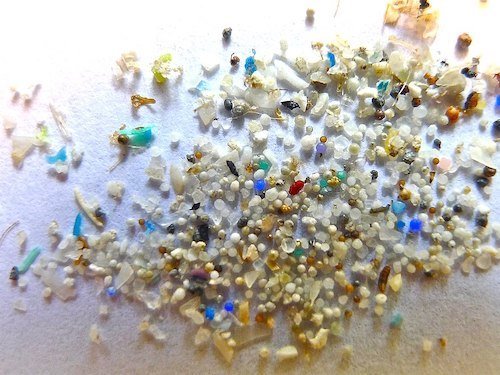 Toxic, destined to become ecosystem-ravaging microplastics in their own right, and a very long way from being carbon-negative, bioplastics are by no means the antidote to their destructive fossil-kin, researchers say.

In 2016, the World Economic Forum warned that plastic production was set to triple by 2050. In such a scenario, countries would be “churning out trillions of pounds of plastic a year, and in the process emitting the greenhouse gas equivalent of over 600 coal-fired power plants,” writes Wired. To avoid that outcome, there has been a push for bio-based plastics sourced from crops like corn or sugarcane, then mixed with plasticizers found in traditional plastics.

In theory, growing plants for plastics “pulls carbon out of the atmosphere, and locks it inside the bioplastic—if it is used for a permanent purpose, like building materials, rather than single-use cups and bags,” the news story states.

Yet bio-based plastics will be no holy grail of packaging for a variety of reasons. “Bioplastics can be loaded with the same toxic additives that make a plastic plastic, and still splinter into micro-sized bits that corrupt the land, sea, and air,” Wired writes. And the story cites one study that linked a group of plasticizer chemicals called phthalates to 100,000 early deaths in the United States each year, and more than US$39 billion in lost economic productivity.

A serious bioplastics economy would also need huge amounts of land. Replacing all fossil-based plastics packaging with plant-based materials would require, “at a minimum, an area bigger than France,” and 60% more water than the European Union’s annual freshwater withdrawal, Wired writes.

Another potential hazard is the release of methane as plant-based microplastics break down in the environment. “Even if a circular bioplastics economy attempts to keep carbon and methane locked up by turning plastics into long-term building materials or landfilling whatever can’t be used again, nobody knows for sure if it will work,” Wired warns, adding that more research is needed to ascertain “how plastics off-gas their carbon under different conditions.”

A new study in the journal Nature concludes that bioplastics “could go carbon-negative” in a fully circular bio-economy, supported by a carbon tax high enough to make fossil plastic production unprofitable. But “many pieces would have to fall together in just the right way for it to work,” Wired says.

So far, fossil-based plastics are an extremely lucrative venture, with demand high and growing. Under those conditions, write the study authors, a fully circular bio-economy will remain “impossible.”