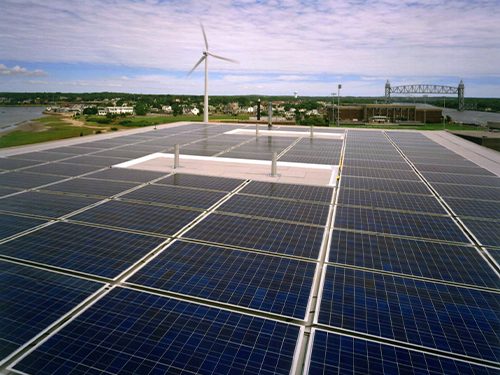 The questions are as predictable as the incremental, half-hearted result of this year’s United Nations climate conference, COP 27, in Egypt.

And they’re as wrong-headed as a global fossil fuel industry determined to continue extracting a product that warms the atmosphere and devastates communities and ecosystems when used as directed.

But I’ve heard the same drumbeat dozens of times in the last couple of months.

Isn’t it time to recognize that a 1.5°C limit on average global warming was a nice idea, but obviously unattainable given the cost of change and the political realities we face?

Even if we know that the difference between 1.5 and 2.0°C is measured in millions of lives lost, untold suffering, and massive environmental degradation, isn’t it time to accept that future, avoid these losses, and adapt as best we can?

Here’s what we should be asking instead.

Why is there any doubt about reaching the 1.5°C target when the depth and severity of the climate crisis are clear to all, there is no scientific doubt that the target is attainable, and the solutions to get us there are practical, affordable, and ready to scale up?

And if political will, not technical or financial capacity, is the only thing standing in the way of stabilizing the Earth’s systems and minimizing harm for billions of people, why are we letting politics stand in the way?

The bottom line is that the countries that caused the lion’s share of the problem don’t get to declare the 1.5°C solution dead, just because they think it’s inconvenient. Certainly when they’ve done so little since the 2015 Paris conference to make the promise a reality.

We’ve known for years that we face a short deadline and a limited carbon budget to get climate change under control. The UN’s Intergovernmental Panel on Climate Change is calling for a 45% reduction in global greenhouse gas emissions by 2030. And it estimates a remaining carbon budget of less than 400 billion tonnes of CO2—less than 12 years of emissions at today’s rates—for a 50% chance of hitting the 1.5°C target.

We know how to do much better. We can lower emissions by rapidly phasing down fossil fuels, replacing them with energy efficiency and renewable energy, protecting and restoring natural spaces that store carbon, and putting transition plans in place that make the end of fossil fuels an advantage, not a hardship, for workers and communities that depend on them.

But none of this is news to the world’s governments. If we fail, it won’t be because the options were unknown, but simply that the political will was lacking.

The fossil fuel industries have done a great job of spinning the false narrative that the transition is expensive. But new renewable energy projects are increasingly beating even existing fossil fuel plants on cost, and energy efficiency is still the most affordable deal of all—you get the work done once and it’s the gift that keeps on giving, with savings that repeat and accrue year after year.

But there’s another, more fundamental cost that we can and must prevent. Our present emissions pathway will cost 5-6% of global GDP per year, or about $4.8 trillion in 2021. That figure will rise drastically over time, and it masks the unimaginable human costs of one-third of a country under water, hundreds of millions of forced climate refugees, or three to five million dead each year due to air pollution from fossil fuels.

The argument is not only that we can easily afford to phase out fossil fuels. It’s that we really can’t afford not to.

When the fossil fuel lobby sends a bigger delegation to the 2021 UN climate conference than any country, then increases its numbers by another 100 in 2022, you get some idea of what’s holding up the drive for 1.5.

The industry talks a good line about climate action. But companies are still investing hundreds of billions of dollars per year in new coal, oil, and gas projects, taking home an estimated $250 billion in profits this year, and cashing in on $5.9 trillion in taxpayer subsidies—an astonishing $11.2 million per minute, every day of the year—as recently as 2020.

They’re taking our money to buy political consent for a product that makes life harder and more expensive—with far worse on the near horizon. The betrayal is political, and so are the solutions, from our cities and communities to national and international institutions.

1.5 is about Human Justice

Even at today’s average temperature rise of “only” 1.15°C, glaciers and polar regions are melting, sea levels are rising, and corals are dying, while flooding, drought, famine, and heat waves cause cataclysmic damage. And the impacts fall the heaviest on countries of the Global South that have done the least to cause the problem, and lack the financial resources to cope.

That’s why international climate negotiations focus incessantly on finance—not only to help poorer countries shift to clean energy, cut emissions, and adapt to climate impacts, but to help them recover from losses and damages that are too profound to adapt to.

So climate action is about the pragmatic, practical reality that no society can survive the impacts if climate change gets out of control. But it’s also about basic human justice, about who we think we are as a global community.

Let’s Get This Done

Limiting global warming to 1.5°C by the end of the century won’t be a paradise. But it’s still a better future for all, and we can still get it done with the political will to curtail fossil fuels and shift trillions in global financial flows to practical, affordable solutions.

The investments to get to 1.5 are far less than the cost of the 2.5 to 2.7°C pathway we’re currently on, amounting to a small fraction of global GDP. With global military expenditures alone standing at $1.7 trillion per year, $700 billion in the United States alone, there’s no doubt that countries have the funds available to make the transition. We can, no, we should raise a fossil fuel upstream mining levy for all barrels of oil, cubic metres of gas, tonnes of coal, and tax fossil fuel companies’ profits. Low rates of 1-2% will bring up to US$200 billion annually. Countries should also tax the wealth of the super-rich and bring back the tax evasion of about US$470 billion per year. There are a plethora of options to “burden” the right companies and people and not the poor, but earmark the money for climate and social justice, both nationally and internationally.

The question is whether countries want to, and what more they could possibly need to get on with it.