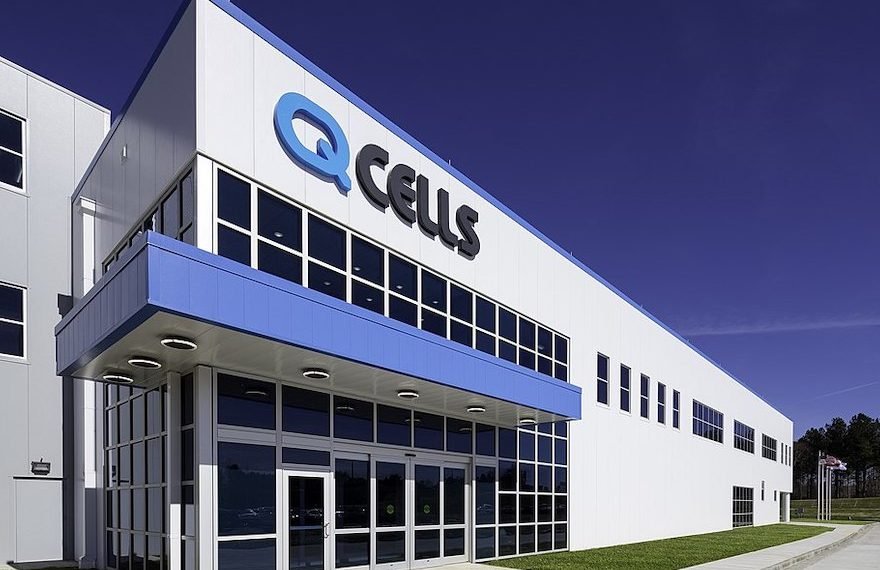 A South Korean solar panel maker Qcells said Wednesday that it will invest more than US$2.5 billion to build factories in Georgia in what it says is the largest solar investment in American history.

The company, a unit of Hanwha Solutions, projects it will supply about 30% of total U.S. solar panel demand by 2027, including making solar panel components usually manufactured outside the United States. The Associated Press reports.

“As demand for clean energy continues to grow nationally, we’re ready to put thousands of people to work creating fully American made and sustainable solar solutions, from raw material to finished panels,” Qcells CEO Justin Lee said in a statement.

President Joe Biden described the announcement as “a win for workers, consumers, and our climate”. He said in a statement that it would provide good jobs, reduce American reliance on other countries for solar components, reduce the cost of solar panels, and help lower carbon emissions.

A new $2.31-billion plant in Cartersville, about 35 miles (55 kilometres) northwest of Atlanta, will hire 2,000 workers and fulfill one of the aims of the Inflation Reduction Act that Biden signed in August.

The Cartersville plant will make silicon ingots and wafers and solar cells, key ingredients in a solar panel. The company will use polysilicon made at an REC Silicon plant in Moses Lake, Washington. Hanwha last year bought 21% of REC, whose shares are listed in Norway, AP says. The company also signed a deal seeking silicon metal from a Ferroglobe refinery in Alloy, West Virginia.

Qcells now makes solar modules capable of generating 1.7 gigawatts of electricity each year at a plant in Dalton, about 75 miles (120 kilometres) northwest of Atlanta. The company already announced a $171-million second phase there last year to add 470 workers. It said Wednesday it will build a $181-million third phase, hiring an additional 500 workers to push employment there above 1,700.

Following the expansions, the company will make 8.4 gigawatts worth of modules, or about 10,000 solar panels a year, in the United States. That will include a capacity of 5.1 gigawatts in Dalton and 3.3 gigawatts in Cartersville.

“My goal remains to make Georgia the world leader in advanced energy production,” Ossoff said in a statement.

Warnock, Ossoff, and Biden administration officials say Biden’s strategy is working to enhance the nation’s manufacturing base as part of the transition to clean energy.

The Biden administration says its policy has driven $300 billion in private investment by industries including semiconductors, clean energy, electric vehicles, and batteries, with nearly $25 billion of that coming to Georgia. That includes two $5 billion-plus electric vehicle plants, and a $4 billion-plus battery plant announced for Cartersville in December. Hyundai Motor Group is building one of the vehicle plants and is partnering with fellow South Korean firm SK Group to build the Cartersville battery plant.

“Qcells has long been a pioneer in the solar industry, and it solidified Georgia’s place as a leader in renewable energy and sustainable technology when it cut the ribbon on the largest solar panel manufacturing facility in the Western Hemisphere in 2019,” state Economic Development Commissioner Pat Wilson said in a statement.

Biden’s national climate advisor, Ali Zaidi, said U.S. factories are on track to more than quadruple their output of solar panels by 2024, from seven gigawatts when Biden took office to 33.5 gigawatts. “That’s enough to enable about five million homes to switch to clean, solar energy each year,” Zaidi said.

The total incentive package from state and local governments wasn’t immediately clear. Qcells could qualify for more than $65 million in state income tax credits, at $5,250 per job over five years, as long as workers make at least $31,300 a year. Local officials have said Qcells workers in Dalton have starting wages of $17 an hour.

The Canadian Press republished this Associated Press story on January 11, 2022.