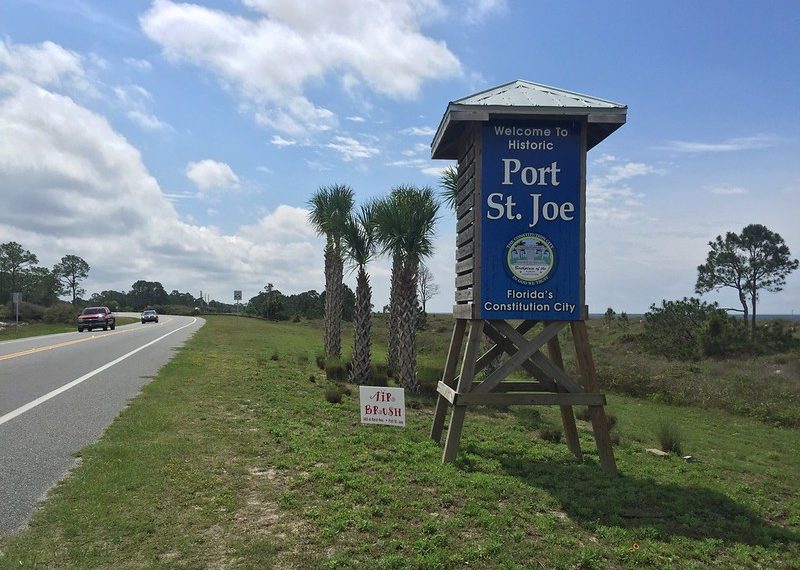 Just as a majority Black community in Florida’s Gulf County has begun to envision a “safe, vibrant, and healthy” comeback from the polluted shadow of heavy industry, local officials risk thwarting those ambitions by saying yes to a waterfront gas terminal.

The project is “raising bigger questions” over how the United States government should handle infrastructure expansion for natural gas (a.k.a. fossil gas)—particularly as emissions of methane, a potent greenhouse gas, are rising, the news story states. “Fossil gas itself is primarily composed of methane, which can leak from extraction wells, pipelines, storage tanks, and all along the chain of gas production and transport.”

Methane is a climate super-pollutant that carries about 85 times more warming potential than carbon dioxide over 20 years, the time span in which humanity will be scrambling to get climate change under control.

But city and county officials are in favour of the project—citing jobs and tax revenue—as is Florida State Rep. Jason Shoaf (R), whose family owns the gas company that would supply the fuel, Canary Media says.

Exactly how much long-term, full-time employment the terminal will deliver, however, is “a hotly contested question”. One Gulf County administrator is suggesting the facility could generate 100 local positions, but the project’s opponents put the number between eight and 12. Nopetro LNG itself isn’t saying.

The LNG proposal for the waterfront industrial site is also being viewed with suspicion for public health reasons. The community is wary of heavy industry, after living next to a pulp and paper plant for 60 years.

“From 1938 to 1998, the St. Joe Paper Company made reams of bleached-white paper and cardboard boxes—all while dumping lead, arsenic, and other toxins into the neighbourhood next door,” writes Canary Media.

Now, many locals are fighting to return their neighbourhood to its former glory as a thriving community, filled with Black-owned businesses, affordable homes, and recreational amenities like a restored baseball field and a swimming pool. The goal is to make the community a “safe, vibrant, healthy” place to be, in the words of one long-time resident.

Opponents of the LNG project believe the odds of securing those social gains worsened after the U.S. Federal Energy Regulatory Commission (FERC) ruled last March that the Nopetro facility falls outside its jurisdiction.

Losing FERC oversight will mean the LNG proposal “likely won’t undergo the agency’s comprehensive, years-long process of environmental review and public participation.” Instead, it will go through a piecemeal review by other federal, state, and local authorities.

While FERC has itself been criticized for a lack of rigour in its review of existing LNG facilities, it is legally bound by the Natural Gas Act to look at a “whole plethora of factors” in determining whether a proposed LNG project is in the public interest, said Gillian Giannetti, a senior attorney at the Natural Resources Defense Council.

FERC’s ruling on Nopetro has also sparked concern well beyond Port St. Joe. National consumer advocacy and environmental groups worry that it could set a precedent, making it easier for fossil companies to sell LNG projects to vulnerable communities.

“More cities could find themselves in a thorny situation like Port St. Joe, one in which developers’ promises of economic growth threaten to override concerns of public harm and environmental damage,” Canary Media writes.

Resistance has been strengthened by the fact that local residents only learned of the proposal a few months ago, “just as they were starting to feel optimistic about their neighbourhood’s future,” Canary says. In May, the U.S. Environmental Protection Agency awarded the community more than $850,000 in restoration and redevelopment grants.

Worse still, the community learned about the Nopetro proposal from an activist in Washington, DC. Neither county leaders, nor city officials, nor Nopetro had made any effort to reach out.

Instead, the Gulf County Economic Development Coalition voted unanimously to support the proposal, and even wrote a letter to the St. Joe Company—the paper company that previously occupied the 60-acre site. “As with all large-scale projects of this type,” the coalition wrote, “there will be some No Sayers espousing environmental and development concerns. The EDC does not share those environmental concerns or worries that this facility will detract from our community landscape.”

The Gulf County Board of County Commissioners sent the St. Joe Company a letter of support, though it did ask the developer “to keep commissioners and the public in the loop about the potential benefits, environmental impacts, and public health and safety aspects.”

Many of those who live adjacent to the site are not at all keen on having an LNG terminal in their backyard, but feel the project is “moving ahead without their input,” writes Canary Media. Community leaders have begun holding meetings in church halls and online to raise awareness, while residents, local conservationists, and business owners have expressed concerns about the threat to their way of life and damage to Florida’s delicate coastal ecosystems.

Green Crowdfunding Could Bridge the Gap for Small Investors