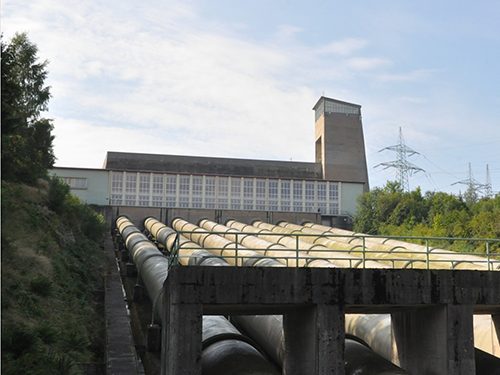 Ontario is staring down an electricity supply crunch and amid a rush to secure more power, it is plunging into the world of energy storage—a collection of technologies that is poised to transform the provincial grid and change the way energy is used, bought, and sold by homes and businesses.

Beyond the sprawling nuclear plants and waterfalls that generate most of the province’s electricity sit the batteries, the underground caverns storing compressed air to generate electricity, and the spinning flywheels waiting to store energy at times of low demand and inject it back into the system when needed, The Canadian Press reports.

The province’s energy needs are quickly rising, with the proliferation of electric vehicles and increasing manufacturing demand for electricity on the horizon just as a large nuclear plant that supplies 14% of Ontario’s electricity is set to be retired and other units are being refurbished. That supply crunch was triggered in large part by the Doug Ford government’s costly and ideological decisions to cancel 758 signed renewable energy contracts, rip a fully-built wind farm out of the ground, and attempt to cancel a second one when it first took office in 2018.

Instead, CP says, the government is seeking to extend the life of the Pickering Nuclear Generating Station, planning an import agreement for power with Quebec, reintroducing conservation programs it had previously clawed back, and—controversially and unnecessarily—relying on more natural gas to fill the looming gap between demand and supply.

Officials with the Independent Electricity System Operator say a key advantage of natural gas generation is that it can quickly ramp up and down to meet changes in demand. Energy storage can provide that same flexibility, those in the industry say.

Energy Minister Todd Smith has directed the IESO to secure 1,500 megawatts of new natural gas capacity between 2025 and 2027, along with 2,500 megawatts of clean technology such as energy storage, which together would be enough to power the city of Toronto.

It’s a far cry from the 54 megawatts of energy storage in use on Ontario’s grid right now.

Rupp Carriveau, director of the Environmental Energy Institute at the University of Windsor, said the timing is good.

“The space is there, the technology is there, and the willingness among private industry to respond is all there,” he said. “I know of a lot of companies that have been rubbing their hands together, looking at this potential to construct storage capacity.”

Justin Rangooni, executive director of Energy Storage Canada, said because of the relatively tight timelines, the 2,500 megawatts is likely to be mostly lithium batteries. But there are many other ways to store energy, other than a simple battery.

“As we get to future procurements and as years pass, you’ll start to see possibly pumped storage, compressed air, thermal storage, different battery chemistry,” he said.

Pumped storage involves using electricity during off-peak periods to pump water into a reservoir and slowly releasing it to run a turbine and generate electricity when it’s needed, CP explains. Compressed air works similarly, and old salt caverns in Goderich, Ont., are being used to store the compressed air.

In thermal storage, electricity is used to heat water when demand is low and when it’s needed, water stored in tanks can be used as heat or hot water.

Flywheels are large spinning tops that can store kinetic energy, which can be used to power a turbine and produce electricity. A flywheel facility in Minto, Ontario, also installed solar panels on its roof and became the first solar storage hybrid facility in Ontario, said a top IESO official.

Katherine Sparkes, the IESO’s director of innovation, research and development, said the shift is exciting from a grid perspective.

“As we kind of look to the future and we think about gas phaseout and electrification, one of the big challenges that all power systems across North America and around the world are looking at is: how do you accommodate increasing amounts of variable, renewable resources and just make better use of your grid assets,” she said.

“Hybrids, storage generation pairings, gives you that opportunity to deal with the variability of renewables, so to store electricity when the sun isn’t shining, or the wind isn’t blowing, and use it when you need it to.”

Whereas the small amount of storage already on the system provides more fine tuning of the electricity system, Sparkes said 2,500 megawatts will be a more “foundational” part of the toolkit.

But what’s currently on the grid is far from the only storage in the province. Many commercial and industrial consumers, from large manufacturing facilities to downtown office buildings, are using storage to manage their electricity usage, relying on battery energy when prices are high.

The IESO sees that as an opportunity and has changed market rules to allow those customers to provide energy back to the grid.

As well, the IESO has its eye on the thousands of mobile batteries in electric vehicles that shuttle people around the province every day but sit unused for much of the time.

“If we can enable those batteries to work together in aggregation, or work with other types of technologies like solar or smart building systems in a configuration, like a group of technologies, that becomes a virtual power plant,” Sparkes said.

Peak Power, a company that seeks to “make power plants obsolete,” is running a pilot project with electric vehicles in three downtown Toronto office buildings in which the car batteries can provide electricity to reduce the facility’s overall demand during peak periods using bidirectional chargers.

In that model, one vehicle can earn $8,000 per year, said cofounder and chief operating officer Matthew Sachs.

“Battery energy storage will change the energy industry in the same way and for the same reasons that refrigeration changed the milk industry,” he told CP.

If every home has a solar panel, an electric vehicle, and a residential battery, it becomes a generating station, a decentralization that’s not only more environmentally friendly, but also relies less on “monopolized utilities,” Sachs said.

In the next decade, power demand from electric vehicles is projected to skyrocket, and Sachs said the grid can’t grow enough to accommodate a peak demand of hundreds of thousands of vehicles being plugged in to charge at the end of the workday commute. Authorities need to be looking at more incentives such as time-of-use pricing and price signals to ensure the demand is evened out, he said.

“It’s a big risk as much as it’s a big opportunity,” he said. “If we do it wrong, it will cost us billions to fix. If we do it right, it can save us billions.”

Jack Gibbons, chair of the Ontario Clean Air Alliance, said the provincial and federal governments need to fund and install bidirectional chargers in order to fully take advantage of electric vehicles. Failing to do so “is a huge missed opportunity,” he told CP.

“When electric vehicle owners are providing power back to the grid on those peak demand hours, they should be paid by the grid for their electricity, and that gives an extra income source for electrical vehicle owners.”

As the industry gets set for wider storage use in the electricity grid in just a couple of years, people involved say there are two main hurdles: regulatory uncertainty and supply chain issues.

“Getting that supply for those lithium batteries will be challenging,” Rangooni said.

“It’s not a total obstacle, but it will take some time because now… (you have) not just supply chain constraints, but you’re also competing with the U.S., which is really accelerating energy storage adoption.”

This report by The Canadian Press was first published December 26, 2022.