UAE Propped Up, Put Down as Host of Next UN Climate Talks 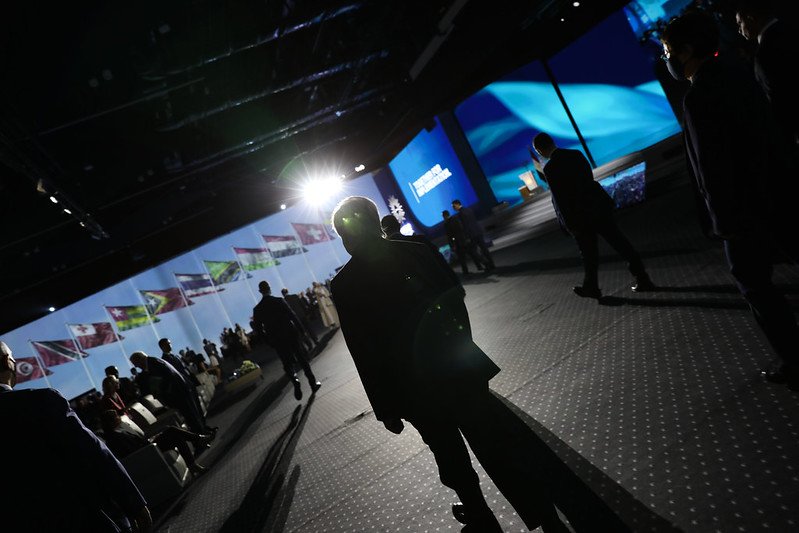 News that the fossil-intensive United Arab Emirates will be hosting the COP 28 climate summit is getting mixed reviews.

United States Special Climate Envoy John Kerry believes good things will come from having the UAE hold the COP gavel. “I think it’s very exciting that the UAE is going to host COP and it’s so important that you have an oil and gas producing nation step up and say we understand the challenge of the climate crisis,” Kerry told Reuters shortly after the COP 28 host was announced.

As for what form that understanding takes, it’s a mixed bag, writes Climate Home News.

“Home to nearly 10 million people, the UAE is the world’s eighth-biggest oil producer in absolute terms and the second-biggest per capita,” Climate Home explains. The federation of seven emirates self-reports as having the world’s sixth- and seventh-largest reserves of oil and gas, respectively.

Still, “the Emirates are seeking international clout as the Gulf’s most proactive nation on climate action,” CHN adds. It was first in the region to set a 2050 net-zero goal, and at COP 27 in Egypt, it became the first to announce absolute emission cuts.

“But its plan includes expanding oil and gas production,” CHN says. And of the whopping 1,073 delegates the Emirates registered to attend that COP 27, 70 were oil and gas lobbyists, “a flavour of what is to come.”

Talking about the UAE’s reserves at the COP leaders’ summit, President Mohammed bin Zayed al-Nahyan said the country is “known as a responsible supplier of energy and will continue to play this role as long as the world needs oil and gas.”

The state-owned Abu Dhabi National Oil Company (ADNOC) has plans to invest US$127 billion in expanding production and downstream activities out to 2027, CHN writes.

Given that the UAE’s economy is structured around oil and gas, “the Emiratis will find it difficult to deal with a fast-moving debate on fossil fuels,” said Glada Lahn, a senior research fellow at London-based think tank Chatham House. It needs to redouble efforts to diversify its economy away from fossils, she suggested.

The Gulf state is trying to diversify, with tourism now a “key growth sector” and Dubai, especially, booming as a business and finance hub. Still, more than 50% of government revenue depends on fossil fuels.

Pitching COP 28 as the platform to achieve “‘realistic, practical, and pragmatic solutions to accelerate the global energy transition,” the UAE will be prioritizing adaptation and agriculture. The country collaborating with the U.S. to invest $1 billion in high-tech “climate-smart” agriculture, but the partnership “is controversial for favouring intensive agriculture over nature-friendly farming and working with climate-denying meat lobby groups,” Climate Home reports.

On the other hand, the UAE continues to cement its status as an early adopter of renewable energy. Its renewable capacity “far outstrips that of neighbouring countries,” and it has plans to install more than nine gigawatts of solar capacity by 2030, tripling current levels. It also plans to expand its role as an international renewables financier, a kind of soft power that it says will help it deliver clean electricity to 100 million people in Africa by 2035.

A significant step in this direction will be the deal it struck with Egypt at COP 27 to develop a 10-gigawatt onshore wind farm there.

Then there’s the $100-billion U.S.-UAE Partnership for Accelerating Clean Energy (PACE) framework. Its mandate is to facilitate a global move away from unabatedfossil fuels, but it’s a framework designed to keep fossil fuels in production, with carbon capture and storage (CCS) getting considerable billing.

CCS, direct air capture, and “ocean-based solutions” loom large in the UAE’s 2050 net-zero goal, which, while a laudable first in the Gulf region, remains short on detail over a year after it was announced, and out of alignment with a 1.5°C warming limit.

The plan as it now stands is consistent with more than 3°C of warming, says Climate Action Tracker.

Climate Home says the UAE may try “to square the circle” by lobbying for the concept of “geological net-zero”—where countries are allowed to count carbon storage towards their emissions reduction quotas—at COP 28.

And yet, some of the criticism of a petrostate taking on the role of COP President might trace back to an interplay between “invisibility” and “hypervisibility”. That would parallel the sudden attention from the West and eventual infamy that Qatar received as host of the FIFA World Cup, as described by Shree Paradkar, a social and racial justice columnist at the Toronto Star.

“That scrutiny, even if it’s warranted, can be unbalanced, hypocritical, and self-interested,” she writes.

Paradkar warns against participating in what she calls the “invisibility-hyper-invisibility dance.” While she concurs that Qataris treated the millions of poorly-paid foreign workers who built their soccer stadiums as if they were invisible, she points out that “invisibility happens when someone is marked as ‘the Other’ and their accomplishments are seen as unimportant,” and is ultimately about disempowerment. But Qatar itself, like many other non-western, non-white countries, continues to struggle with being not-seen, and thus disempowered by western powers.

Now Qatar has had to reckon with the dynamics of “hypervisibility,” the moral microscope under which non-western countries are intermittently placed when they command the West’s attention. Being hyper-visible is to be “scrutinized but not recognized,” says Paradkar, with anyone who’s inclined to study the “Other” suddenly hyper-vigilant in their search for fault.