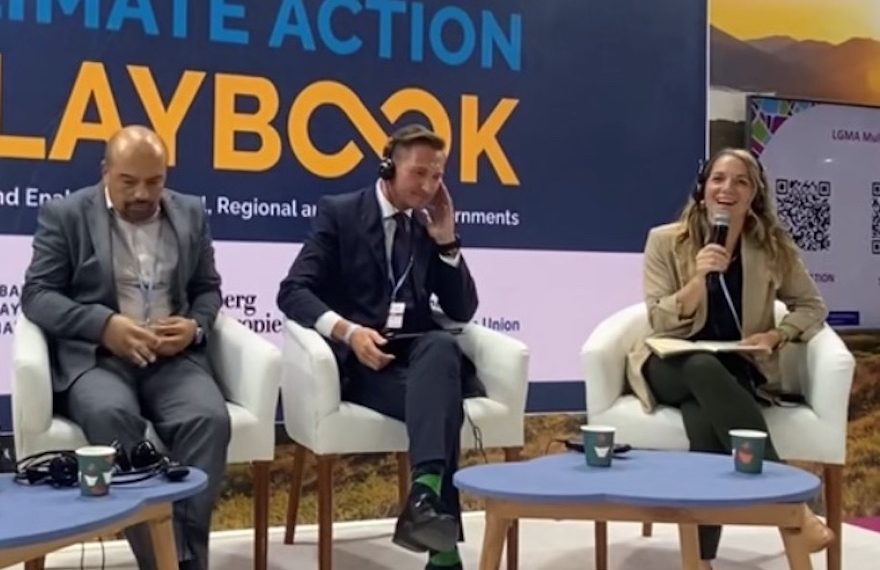 A municipal climate leader from Halifax came away from this year’s United Nations climate summit, COP 27, with a stronger network of contacts, a wider view of the climate challenges cities face, and a sense that it’s time to “hack the COP” so that participants get more out of the two weeks onsite.

“I went into it with open eyes,” said Shannon Miedema, director of environment and climate at the Halifax Regional Municipality. “I’d heard a lot of peoples’ perspectives in the lead-up to COP, did my research, and talked to a lot of people who had gone to COPs before. So I went in understanding what it was and what it wasn’t.”

As a member of the Canadian delegation who was one step removed from the largely disappointing official negotiations, Miedema had mixed reviews for the process.

“There was a lot of value in the Canadian pavilion this year, getting a lot of face time and conversation with some of the key people in climate action and policy in the country,” she said. With Halifax Mayor Mike Savage chairing the Federation of Canadian Municipalities’ Big City Mayors’ Caucus, the COP was an opportunity to “see other local governments’ presence and really make the case for meaningful local-level climate action.”

But Miedema also saw COP 27 as a missed opportunity for dialogue, with top climate practitioners gathered from around the world. “They’re all competing for air time on the panels running all day, every day,” with the result that “everyone’s talking and no one’s really listening,” she said. Limited wi-fi made it a challenge to coordinate multiple schedules posted at different locations in a sprawling convention centre. That problem came into focus when delegates had to delete the COP 27 app, after learning that Egyptian security services could use it to track their locations and view the contents of their smart phones.

Miedema told The Energy Mix she left the conference with a sense that “we should hack the Blue Zone,” the official area at a UN conference, “actually self-organize and bring the world together to try and solve some of these sticky problems.” Otherwise, “it felt very much like a conference on steroids, and you can only consume so much information each day.”

While her COP conversations showed that Canadian cities are doing well on local climate action compared to other parts of the world, Miedema said she didn’t find answers to some of the implementation challenges Halifax is trying to solve. “I didn’t hear new ways, new language, new information,” she said. “If anything, the tone is getting more dire when we talk about the scope of what we’re facing,” from gaps in freshwater access to issues of human rights and safety.

Still, “there are communities in far worse situations,” she said. “We are lucky to be in Halifax, a high-GDP city. We have a high-emission grid, so we have an ethical requirement to really drive our emissions down quickly by 2030, but we do have resources here” compared to communities in other parts of the world.

But the division of authority across jurisdictions means that cities in Canada “don’t hold the keys to action,” meaning that local authorities are dependent on other orders of government to play their part. Miedema said federal initiatives like the recently-announced National Adaptation Strategy include direct funding for local government action, which can move a lot faster than bilateral agreements between federal and provincial governments that can take years to deliver dollars.

“You can’t plan a capital project when the funding is that uncertain. So there’s definitely room at the provincial and federal levels to think of the resident and how policies and incentives translate on the ground.”