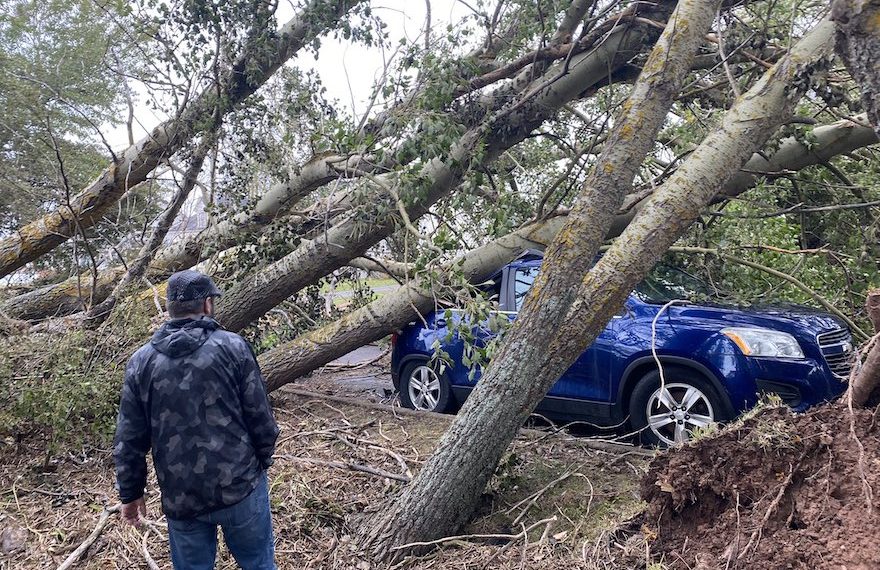 Canada’s climate adaptation strategy is underfunded and does not clearly align its goals with the country’s top climate change risks, a new report says.

The Canadian Climate Institute put out the report, which recommends 11 improvements to the federal government’s draft C$1.6-billion strategy it released in November, The Canadian Press reports.

The institute says while it’s good the strategy establishes clear, high-level priorities like disaster resilience, health, and biodiversity, there hasn’t been work done to assess which risks are most significant and urgent.

Ryan Ness, the institute’s director of adaptation research, said other countries with similar national strategies, like New Zealand and Germany, did assessments to define the top issues that need co-ordinated national attention.

“The problem that a national adaptation strategy is intended to solve is the lack of coordination, the lack of focus, in preparing for climate change,” he told CP Thursday.

“So, we need to understand what the most important things we need to prepare for are at this national scale… and lay those out clearly to make sure that we are all pulling in the same direction and that the resources of multiple levels of government, of communities, of the private sector, are being harnessed as effectively as possible.”

Ness said the government likely already has the data on what those national priorities are, but it needs to “show its work.”

The report says Canada’s rationale for selecting its proposed targets is unclear and there should be regular assessments of top national climate risks so the plan can be updated.

Ness said that while it’s good the report acknowledges the need for various governments to work together and for the federal government to work more effectively between departments, it needs more information on how that will be done.

The report also found the funding for the action plan is “inadequate,” only representing an average annual increase of about $200 million in federal investments in climate change adaptation.

It calls on Ottawa to confirm that more government funding is coming beyond what was announced with the action plan.

“The government has acknowledged that the recent funding commitments that it made with the national adaptation strategy are only a down payment and more needs to be done,” Ness said.

“But it doesn’t yet approach the scale of an estimate that’s needed in response to the challenge.”

While there hasn’t been a cost estimate for the total plan, the Federation of Canadian Municipalities estimates local governments alone would need about $5 billion annually to adapt their communities, he said.

When Ottawa released the adaptation strategy in November, it began a 90-day comment period “with the aim of ensuring that provincial, territorial, and Indigenous perspectives are well captured.”

Ness said he hopes the institute’s recommendations will be taken into consideration.

If not, he said there’s a risk the current method for responding to climate change, which he describes as “uncoordinated, ad hoc, often reactive and not proactive,” will continue.

“The fact that we do have a national adaptation strategy now is really a major step forward,” he said. “But it needs to do the work of focusing us collectively on the right priorities and needs to have mechanisms to make sure that it actually gets implemented, or else it could just be another document on the shelf.”

This report by The Canadian Press was first published December 15, 2022.