Vietnam Nets $15.5B for Just Transition Off Coal 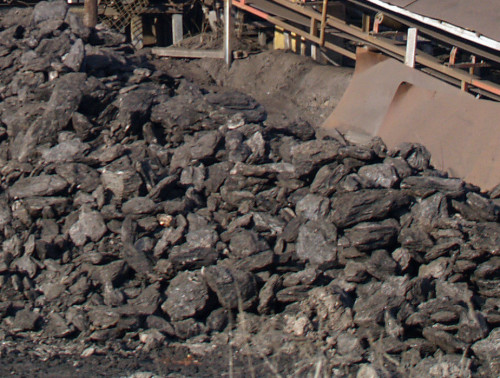 Vietnam will receive US$15.5 billion to help it shift from coal to clean energy under a new Just Energy Transition Partnership (JETP) with the G7, Norway, and Denmark.

“Vietnam has been at a crossroads and this deal should seal the direction of travel,” said Ember analyst Dr. Achmed Shahram Edianto, who explained the country’s policies haven’t deviated from a coal-heavy energy pathway during recent years.

“This new $15.5-billion deal for Vietnam is expected to reroute the country’s energy transition pathway, to significantly increase the share of renewable energy and attach a higher priority to reduce coal in their future electricity system.”

The new funding partnership is meant to support Vietnam’s 2050 net-zero target, and was finalized amidst growing pressure for wealthy nations to fund climate initiatives in developing countries.

But Andri Prasetiyo, program manager and campaigner for Trend Asia, cautioned that “if Vietnam’s JETP arises only as a new form of loan, it could fail to support the crucial aspects of a just transition, which is strongly tied to a sense of responsibility and assistance from developed countries to developing countries.”

That means the agreement needs to be “developed and implemented in a genuinely transparent, accountable, and inclusive way,” Prasetiyo added.

The leaders announcing the partnership said the JETP will help Vietnam back up its target year for peak greenhouse gas emissions from 2035 to 2030, reduce annual peak emissions in the power sector by up to 30%, limit peak coal capacity to 30.2 gigawatts, and accelerate the adoption of renewables. Successfully delivering on all of these targets will save roughly 500 megatons of emissions by 2035, says a UK government news release.

Previously, G7 nations signed JETPs with South Africa during the COP 26 climate summit in 2021, and with Indonesia during the G7 summit in Bali last month. An earlier agreement with Vietnam for $11 billion had been set for signing at last month’s COP 27 summit in Egypt. But it was put on hold over Vietnam’s wariness of debt, as well as donor countries’ concerns about suppression of dissent and other thorny issues.

Western nations ultimately secured Vietnam’s backing for the partnership by adding funds to the agreement. Vietnam will now receive the $15.5 billion over the next three to five years, half from the public sector and the rest will be from private investors. Only a small part of the funding will be provided as grants with most of the public investment disbursed as loans. The donor countries are pushing for funding to be directed to projects like offshore wind farms and upgrades to Vietnam’s national power grid, Reuters reports.

JETPs are still a relatively new funding mechanism, intended to support a selection of emerging, heavily coal-dependent economies to define and follow their own pathways to clean energy. The partnerships are intended to support the “leapfrog from coal to clean energy” while addressing the associated social consequences, beginning with job creation and training for workers dependent on the coal economy, the International Institute for Sustainable Development (IISD) writes in a JETP explainer.

While announcements for JETPs show real progress for just climate financing, the true test of these funding mechanisms will come with their implementation, IISD says. For instance, while there is pressure from some JETP countries to fund a shift from coal power to natural gas as a “bridge fuel,” that approach “would not constitute the sustainable and just transition that the JETP model stands for.” And while JETPs are explicitly focused on the social aspects of an energy transition, there is still not much detail on how partnerships—including those already finalized in South African and Indonesia—will address issues of justice.

“JETPs do have the potential, if their implementation follows the right principles, to extend the scope of climate finance to date,” writes IISD. But “ensuring these partnerships deliver on their potential means avoiding false solutions like fossil gas, prioritizing renewables, and ensuring these efforts are informed by the latest available thinking on how to ensure a just transition.”