‘Shockwave’: HSBC Refuses New Oil and Gas Field Investments, But Not in Canada 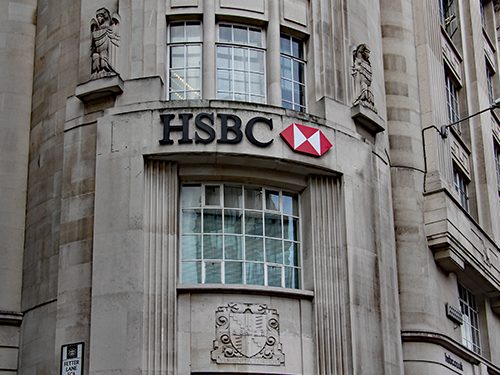 The world’s eighth-largest bank and Europe’s current biggest funder of fossil fuel expansion, HSBC Holdings, has announced it will no longer invest in new oil and gas fields. But its Canadian branch is exempt from the new policy.

The bank’s statement yesterday, which cites the International Energy Agency’s Net Zero by 2050 analysis, also increases restrictions on financing for oil and gas exploration in the Amazon, calls for “stringent” methane controls, and pledges “enhanced due diligence” for any future oil and gas fracking projects the bank supports, along with investment in carbon abatement technologies.

“In line with the policy, we will no longer provide new lending or capital markets finance for the specific purpose of projects pertaining to new oil and gas fields and related infrastructure when the primary use is in conjunction with new fields,” it says. It aims to support “an accelerated phase down of fossil fuel sources with the highest emissions intensity and greatest local environmental risks, with direct financing restrictions for the most emissions-intensive oil assets, and environmentally and socially harmful energy activities.”

But apparently not in Canada. “HSBC Holdings’ decision to abandon new lending or capital markets financing for new oil and gas fields will not extend to HSBC Canada, a unit set to be sold to Royal Bank of Canada in a $13.5 billion deal,” Yahoo! Finance reports. “The bank specifies the policy does not apply to HSBC Canada and its subsidiaries, the only unit of the bank to be exempted.”

Climate and energy groups have been paying close attention to the Royal Bank’s pitch to buy HSBC Canada, which still has to go through regulatory approval. RBC is Canada’s biggest bank, with 17 million retail customers, and is routinely singled out as one of the country’s and the world’s most avid fossil fuel funders.

But in its statement this week, HSBC Holdings specifically excluded the Canadian operation from its policy shift on new oil and gas fields. “During the sale process, HSBC is precluded from applying policy changes that would alter the way we manage HSBC Bank Canada’s business,” the policy document [pdf] says in a footnote. “We have limited oil sands exposure in Canada. We have no direct exposure outside of Canada, and will update this policy following completion of the sale of HSBC Bank Canada.”

RBC could just as easily have taken inspiration from its new acquisition partner, fossil campaigners at Stand.earth said in a LinkedIn post. “HSBC has proved that divesting from new oil and gas fields is not only possible, but the right thing to do,” Stand wrote. “It’s time for RBC and other Canadian banks to do the same.” But “instead, RBC continues to mislead Canadians about its climate commitments and fund Indigenous rights-violating projects like the Coastal GasLink pipeline.”

Outside Canada, HSBC Holdings “will continue to provide finance or advisory services to energy sector clients at the corporate level, where clients’ transition plans are consistent with our 2030 portfolio-level targets and net zero by 2050 commitment,” the bank’s statement says. But “if a transition plan is not produced or if, after repeated engagement, is not consistent with our targets and commitments, we won’t provide new finance, and may withdraw existing financing if appropriate.”

Chief Sustainability Officer Celine Herweijer told Reuters the bank is looking for progress across multiple energy types—from hydrogen to nuclear to thermal coal—and will be “pragmatic” about supporting existing oil and gas fields while Russia is putting a squeeze on European gas supplies, City A.M. reports.

“It’s not no new fossil fuel investment as of tomorrow,” she said. “The existing fossil fuel energy system needs to exist hand in hand with the growing clean energy system,” and “the world cannot get to a net-zero energy future without energy companies being at the heart of the transition.”

60+ Developing Countries Walk Out of COP 15 Over Funding Gaps