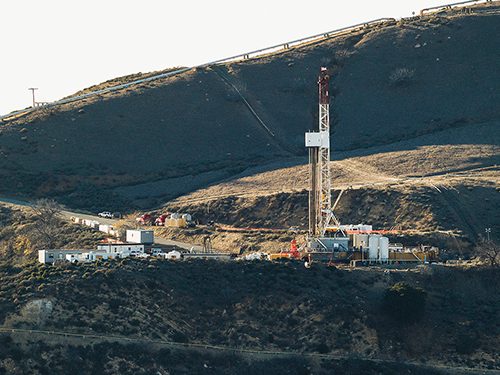 A 13-day leak from a 4.1-centimetre vent on a fossil gas storage well in rural Pennsylvania dumped more than 28.3 million cubic metres of methane into the atmosphere last month, enough to erase the emission reductions from half of the electric cars sold in the United States last year.

The leak from the Equitrans Midstream Corporation “is one of the biggest blows to the credibility of the U.S. gas industry since the Aliso Canyon leak that began in late 2015 in California and lasted more than 100 days,” Bloomberg Green reports, in a post tagged Methane Menace.

The 13-day leak in Pennsylvania “released more than one-quarter of the gas leaked from Aliso Canyon in 118 days,” writes Climate Nexus.

“The magnitude of the Equitrans release, and the operator’s inability to halt it quickly, intensifies scrutiny on an industry the International Energy Agency has said must do more to curb deliberate and accidental releases if it wants to play an active role in the energy transition.”

The Pittsburgh Post-Gazette says the leak set off alarms for regulators who’ve been concerned about other gas storage facilities across the state. The November incident was “indicative of widespread failures by Equitrans to safely operate its aging network of storage wells in the area,” the local paper says. And it pointed to a wider problem.

“Within the 49 active storage fields are more than 1,770 wells used to inject and withdraw gas from storage, and monitor conditions underground. They dot large chunks of land in Allegheny, Westmoreland, Washington, and Greene counties, and many carry an elevated risk of failure because of their age, construction, and location.”

“The fact that massive releases are persisting even in regions where they’re properly quantified speaks to the scope of the challenge,” said Antoine Vagneur-Jones, head of trade and supply chains at BloombergNEF.

Methane is a shorter-lived greenhouse gas than carbon dioxide, but carries about 85 times the global warming potential over the crucial 20-year span when humanity will be scrambling to get the climate emergency under control.

But while the Biden administration is moving to tighten methane controls for the fossil industry, with measures meant to reduce methane from covered sources 87% from 2005 levels by 2030, “statements from government regulators suggest the response [in Pennsylvania] was inadequate,” Bloomberg writes. In what the news agency cites as a “scathing report”, the state Department of Environmental Protection said it had launched an investigation that included subpoenas to Equitrans.

“Equitrans has failed to properly maintain and operate the wells, and its continuing failure to minimize the potential for well control emergencies constitutes an ongoing threat to the environment and to human health and safety,” the regulator declared.

On December 1, Kurt Klapkowski, DEP’s acting deputy secretary for oil and gas management, said he wanted to model the state’s response to the leak on California’s actions after the Aliso Canyon disaster.

“There’s nothing that’s not on the table,” he told an Oil and Gas Technical Advisory Board meeting. “Everything is on the table for consideration in terms of making sure this industry is regulated appropriately and the public is protected and environment is protected from potential incidents like this happening again.”