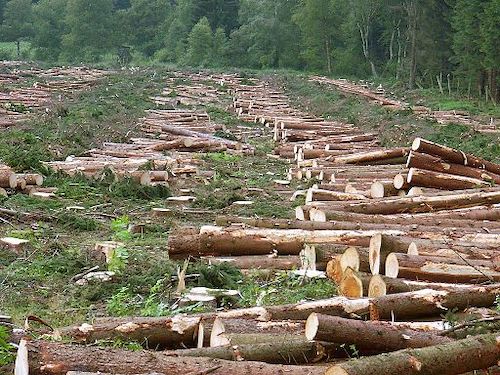 A letter backed by 650 scientists says forest bioenergy has “wrongly been deemed ‘carbon neutral’” and calls on world leaders to stop the practice that they say destroys valuable wildlife habitats.

“Ensuring energy security is a major societal challenge, but the answer is not to burn our precious forests,” said Alexandre Antonelli, a lead author of the letter and director of science at England’s Kew Gardens. “Calling this ‘green energy’ is misleading and risks accelerating the global biodiversity crisis.”

Generating electricity and heat with forest bioenergy poses an “emerging and growing threat” to biodiversity that could undermine leaders’ commitments in the new Global Biodiversity Framework, the letter says. The scientists ask countries to end their reliance on the power source and replace it entirely with renewable energy alternatives, like wind and solar.

“The best thing for the climate and biodiversity is to leave forests standing—and biomass energy does the opposite,” they write.

Bioenergy is expected to account for a third of low-carbon energy by 2030, and has been incorporated as an important part of countries’ net-zero strategies. But burning trees for energy is an inefficient energy source that releases more carbon than gas or coal, and clearing forests to harvest the trees destroys irreplaceable habitats that support numerous wildlife and plant species, reports The Guardian.

Furthermore, many trees harvested for bioenergy are sourced from old, biodiverse, and/or climate-critical forests. That list includes mature hardwood forests in the North American Coastal Plain Biodiversity Hotspot in the southeastern United States, protected forest ecosystems in the Baltics, and the boreal forest in Canada, “one of the world’s last remaining intact forests and a stronghold for global bird populations.”

Wood used for bioenergy is also routinely logged using harmful methods like clearcutting, even in reserves designed to protect forests and rare and threatened species. The scientists say the scale of this logging is “alarming”.

The impacts will only become worse as many countries plan to scale up bioenergy use, accompanied by carbon capture and storage, to meet net-zero goals, the letter states. Widely subsidizing bioenergy would also increase the land base needed for growing biofuel crops and, therefore, further the decline of critical habitat.

“In sum, the goal to halt and reverse the global loss of nature could fail due to the growing pressure on forests from this industry,” the scientists conclude.