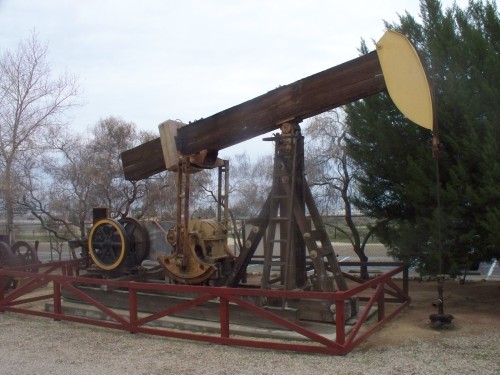 A peak in global oil demand before 2030, with steady declines afterwards, will make it essential for federal and provincial governments to press the fossil industry for faster decarbonization, the Pembina Institute concludes in a new analysis.

Future demand scenarios from five different institutions and fossil companies “appear to demonstrate the inherent risks involved in investing public or private capital in an industry facing demand challenges,” Pembina writes. And they “underscore the need for Canadian oil companies to urgently improve their emissions credentials to remain competitive in a net-zero energy world of the near future, where demand is projected to decline.”

The Calgary-based think tank published its 28-page assessment [pdf] yesterday, just as the International Energy Agency projected global oil demand increasing at a slower pace next year but still increasing “at a robust 1.7%,” Reuters reports. But over the slightly longer term, the IEA and others point to a decline in demand that bodes badly for Canadian fossil producers.

In addition to the IEA, Pembina Senior Analyst Janetta McKenzie looked at scenarios produced by colossal fossils Equinor and BP, as well as Bloomberg New Energy Finance (BloombergNEF) and Rystad Energy. Some of the scenarios assumed a rate of change similar to what’s happened since the 2015 Paris agreement. Others factored in the faster pace needed to keep average global warming below 2.0°C, much less 1.5.

Based on current policies and economic trajectories, three of the scenarios show oil peaking in 2025, and the full series of projections calls for demand to fall 17 to 41% from 2019 levels by 2050. The net-zero scenarios show reductions of 53 to 84% by mid-century.

Those results “indicate that the actions governments have already taken (or have committed to take in the short term), combined with macro-level economic trends, will likely result in a long- term decline in global demand for oil beginning before 2030,” McKenzie writes. “These projections are largely based on the continued and accelerated uptake of electric vehicles, as well as environmental policies around plastic use and recycling, both of which lead to less oil being required for the transportation and petrochemical sectors (two key sources of current demand).”

Countries’ net-zero targets, and economy-wide plans to meet them, will also be a factor, she found. “As climate policy around the world is brought in and strengthened, new economic opportunities are created, which in turn affect implementation of further climate policy.”

As a global commodity, oil is also vulnerable to price and demand shocks brought on by changing geopolitics—as 2022 has shown. “This in turn may accelerate the long-term decline in demand, as nations seek to diversify their energy supplies in pursuit of energy security,” Pembina writes. “For instance, in response to the Russian invasion of Ukraine, Germany has accelerated plans for renewable energy, increasing subsidies and streamlining the regulatory process.”

The report stresses that two “key stakeholders”—the fossil industry, and federal and provincial governments on behalf of all Canadians—need to understand the link between global climate action and the future of the sector.

“If we can reasonably expect a long-term decline in global oil demand starting this decade—and that competition to service the remaining demand will be driven by both emissions intensity conditions as well as cost-effectiveness—then Canada should increase its ambition regarding decarbonization of oil production,” McKenzie writes. “In doing so, it can seek to keep the Canadian industry globally competitive, while also adhering to our climate obligations.”