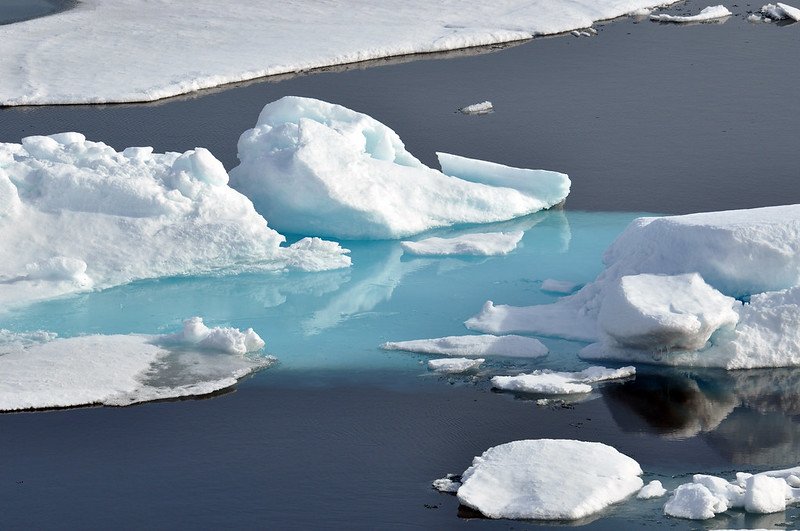 A new report details how widespread changes in the Arctic, from warming air temperatures to sea ice loss, have affected animals, plants, and people living there.

The U.S. National Oceanic and Atmospheric Administration released its latest annual Arctic report card Tuesday, complied by more than 100 experts from 11 countries, The Canadian Press reports. It provides an update on vital signs in the region and includes new chapters on precipitation, the impacts of rapid climate change on Indigenous communities, and the need for more research on pollinators.

The report reinforces long-term trends but also noted regional differences. Among its major findings were that Arctic surface air temperatures between October 2021 and September 2022 were the sixth warmest on record since 1900, and conditions were wetter than normal, with precipitation increasing significantly since the 1950s. The report also noted lower-than-average sea ice coverage, increased ocean plankton blooms, and the 25th consecutive year of Greenland ice sheet loss.

“Few parts of the world demonstrate such extreme seasonal shifts in temperature, land and ocean cover, ecological processes, and wildlife movement and behaviour as the Arctic,” said the report.

“These extreme shifts across the annual cycle are a source of the Arctic region’s heightened sensitivity to climate changes and to climate-related disturbances.”

Lawrence Mudryk, a scientist with Environment and Climate Change Canada, was the lead author of the chapter on terrestrial snow cover. He said, overall, the report shows the seasons are shifting in the Arctic and there have been several disturbances due to, or worsened by, climate change, such as storms and extreme weather.

“It sometimes gets a little overwhelming to hear all these reports about bad news and how climate change is causing disruptions and going to lead to bad consequences across the globe,” he said. “But I think it’s important to also acknowledge that it’s something that we can take control of and do something about still.”

Mudryk wrote in his chapter that June Arctic snow cover was the second-lowest in the 56-year record in North America and third-lowest in Eurasia because of early snow melt. He said that’s part of a long-term trend since at least 2008.

“There’s subsequent effects on soil moisture, the timing of vegetation growth, and subsequent fire risk, even. It also affects the timing of essentially when winter ends and summer starts,” he said. “Also, a big thing is that this snow reflects a lot of sunlight, so it controls the energy that comes in the springtime into the Arctic.”

Syd Canning, another scientist with Environment and Climate Change Canada, contributed to an essay on Arctic pollinators. It highlights a significant knowledge gap on long-term pollinator trends in the Arctic and how they’re being affected by rapid climate change.

“Pollinators, I think, more and more are being recognized as being really important in both general ecosystems and in human food supply,” Canning said. “In the Arctic, pollinators are really important in creating a good berry supply, which is good for animals, birds, people, and the whole Arctic ecosystem.”

This report by The Canadian Press was first published December 13, 2022.

This story was produced with the financial assistance of the Meta and Canadian Press News Fellowship.