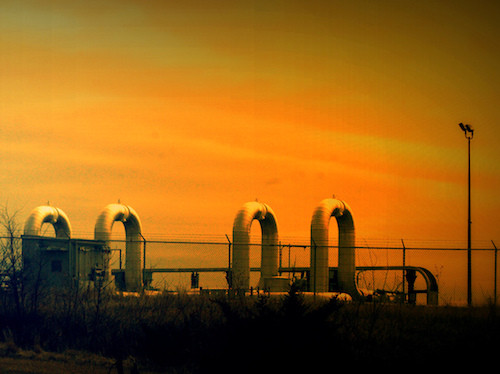 Spills from the Keystone pipeline have been increasing in severity in recent years, to the point that the pipeline’s safety record is now worse than the U.S. average, U.S. government data shows.

The 4,324-kilometre pipeline—which is owned by TC Energy and carries Canadian and U.S. crude oil to markets around North America—suffered the worst leak in its history last week, when approximately 14,000 barrels of oil spilled into a creek in Washington County, Kansas, The Canadian Press reports.

After meeting with TC Energy representatives Tuesday, local officials said the cleanup from the severe spill will take “at least weeks,” Reuters writes. The Calgary-based pipeliner said it had recovered 2,600 barrels of oil and water from the creek, after environmentalists warned that the heavier tar sands oil is not only more toxic than lighter crude but can sink in water instead of floating on top.

Bill Caram, executive director of the Pipeline Safety Trust, told The Associated Press the cleanup process can sometimes include scrubbing individual rocks in a creek bed. “This is going to be months, maybe even years before we get the full handle on this disaster and know the extent of the damage and get it all cleaned up,” added Zack Pistora, a Kansas state house lobbyist for the U.S. Sierra Club.

But even before last week’s spill, the Keystone pipeline’s safety record had been deteriorating, according to a report released last year from the U.S. Government Accountability Office (GAO), a congressional watchdog agency.

“Keystone’s accident history has been similar to other crude oil pipelines since 2010, but the severity of spills has worsened in recent years,” the report stated.

Similar to other crude oil pipelines in North America, most of Keystone’s 22 accidents from 2010 through 2020 released fewer than 50 barrels of oil and were contained on operator-controlled property such as a pump station, the GAO found. But in 2017, CP says, a Keystone spill resulted in an approximately 6,600-barrel spill in North Dakota. In 2019, the pipeline spilled about 4,500 barrels (210,000 gallons) of oil in South Dakota, prompting the state to threaten to revoke its operating permit.

Both events combined were still smaller than the spill last week in Kansas. But each of them was enough to trigger the U.S. Pipeline and Hazardous Materials Safety Administration’s (PHMSA) criteria for accidents “impacting people or the environment.”

“According to PHMSA’s measures for these more severe types of accidents, from 2010 to 2020 TC Energy performed better than nationwide averages, but worse in the past five years,” the GAO report stated.

In an emailed statement Monday, TC Energy told CP it has taken “decisive action” over the last several years to strengthen its approach to safety and the integrity of its pipeline system.

“We take every incident very seriously. No incident is ever acceptable to us,” TC’s public information officer Reid Fiest said.

As of Monday, TC Energy said it had more than 250 people on the ground in Washington County working to clean up the most recent spill. While the company said the oil had been contained, it had not yet identified a cause of the spill.

The Keystone pipeline system remains shut down and a restart date has not been set. The company said it will be conducting a full investigation, in cooperation with regulators, into the cause of the spill.

Industry experts consider pipelines a safer mode of crude transport than either rail or truck. Still, the risk of a spill has long been a factor cited by environmentalists and others who have opposed North American pipeline construction projects in recent years.

For example, fears about potential pipeline leaks (as well as concerns about climate change) helped stoke opposition to TC Energy’s proposed Keystone XL extension. That project would have cut across Montana, South Dakota, and Nebraska but ultimately had its permit cancelled by U.S. President Joe Biden in 2021.

“The latest spill is another tragic reminder of the costs of our reliance on fossil fuels,” Matt Casale, director of the U.S. PIRG Education Fund’s environment campaigns, said in a statement. “At every stage, from extraction, to transportation, to burning, fossil fuels put our environment and health at risk.”

“Once again, a massive spill has reminded us of a simple truth: oil pipelines put clean water at risk,” added John Rumpler, senior director of Environment America’s clean water campaign. “Oil is toxic to humans and wildlife alike, and heavy crude, in particular, is exceedingly difficult to clean up once it has contaminated our rivers and streams,” he added. “For the sake of clean water, it’s time to stop building new oil pipelines and enforce more stringent safety standards on existing ones.”

According to the GAO report, Keystone is the only crude oil pipeline in the U.S. to have been granted a special permit from the PHMSA to operate certain portions of the pipeline at a higher stress level than is allowed under existing regulations.

As a result, since 2017, TC Energy has been operating Keystone at a higher operating pressure than would normally be allowed under U.S. rules.

The GAO report concluded that the 2017 and 2019 spills were not the result of Keystone’s special operating pressure permit. Rather, the report identified “construction issues” leading to the material failure of pipe or welding material as a leading factor in past Keystone accidents. It said the 2017 Keystone leak was caused by issues in the construction, installation, or fabrication of the pipeline, while the 2019 North Dakota accident was caused by defects in the original pipe manufacturing.

Major segments of this report were published by The Canadian Press on December 12, 2022.

‘Shockwave’: HSBC Refuses New Oil and Gas Field Investments, But Not in Canada