60+ Developing Countries Walk Out of COP 15 Over Funding Gaps 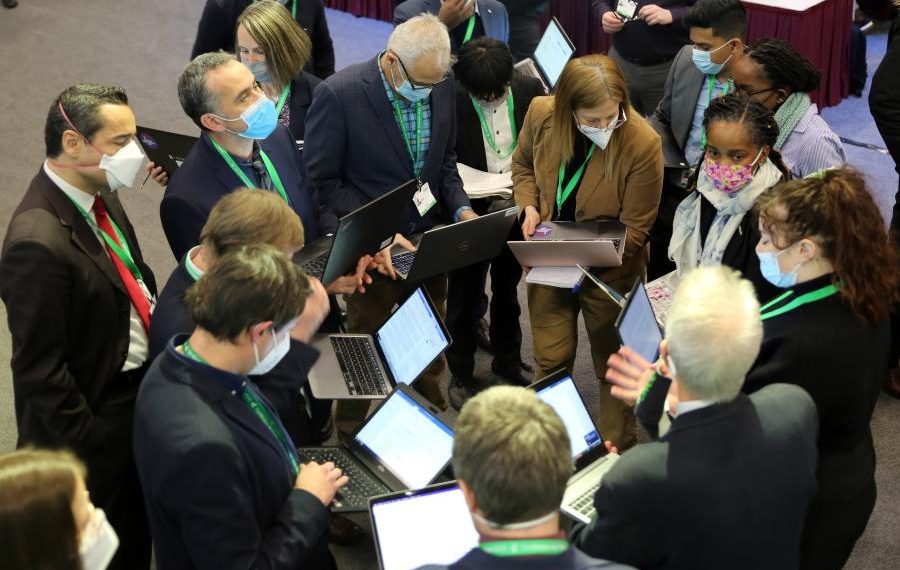 Representatives from developing countries have walked out the global biodiversity and nature summit, COP 15, over concerns that talks about how those efforts should be funded are lagging behind those on how much land and water should be set aside.

“We feel that negotiations have not been moving at the same pace,” said a delegate who left the talks in Montreal at about 1:00 AM Wednesday.

“We feel that resource mobilization has been left behind.”

The delegate, who asked not to be named, said rich countries have been happy to talk about specific targets for conservation, The Canadian Press reports. The marquee goal of the conference is a deal on setting aside 30% of the globe’s land and water by 2030.

But he said those countries have not been as willing to say how much they’re willing to pay to achieve that goal.

“Why are we discussing figures on targets in every other part of the text?” the delegate asked.

The walkout countries include the 54 members of the African group, seven South and Latin American countries, and other large countries, including India and Indonesia.

“When COP 15 agrees on an ambitious GBF (Global Biodiversity Framework), we will bear a higher burden than others in implementing it,” the countries said in a statement presented by Brazil on the other countries’ behalf.

“That is why we emphasize, in the strongest possible terms, that the adoption of the GBF at this COP must be accompanied by approval of a commensurately robust package on resource mobilization.”

“It’s everyone’s problem, but we are not equally responsible for the drivers that have led to the destruction of biodiversity,” said the delegate. “This is an issue of fairness.”

Estimates of how much money is involved range from US$200 billion to $700 billion a year, including the redirection of public subsidies from projects that damage biodiversity to those that support it.

Any framework deal on preserving biodiversity will fail in the implementation if it’s not adequately funded, the delegate said.

“We do want those goals and targets to be approved. (But) the Global Biodiversity Framework needs to move together as a whole and that has not been happening.”

Delegates have disagreed on whether the money should be funnelled through a new fund or existing channels, CP writes. Transparency and disclosure are also topics of discussion.

He said developed countries have listened to the concerns of the global south.

“We’ve heard you, we’re hearing you, and we’re working to come up with concrete solutions, concrete proposals,” he said.

Brazil and other countries have asked developed ones to commit to financial grants of at least US$100 billion per year, or 0.1% of global GDP, until 2030.

Guilbeault said donor nations would have an announcement Thursday. However, he said the suggestion that only public money should count toward funding biodiversity is “counterproductive.”

The minister said a meeting Wednesday for all the delegations at the conference resulted in “significant progress,” with virtually all agreeing on the importance of resource mobilization.

While Guilbeault was confident an “ambitious agreement” would be reached in Montreal, observers said the walkout puts the success of the talks at risk.

“It is particularly concerning that donor countries don’t look to be ready to step up on international biodiversity finance,” said Innocent Maloba, multilateral affairs specialist for the World Wildlife Fund. “This has led to the negotiations now being on the edge of a full breakdown.

“As the countries with the greatest roles in driving biodiversity loss, through high levels of consumption, developed countries have a duty to support developing countries in the protection and conservation of the biodiversity that we all rely on.”

Francis Ogwal, co-chair of one of the working groups trying to reach a deal, said the attempt to agree on both preservation and funding targets together makes this round of negotiations different from previous ones.

“This time around we said the framework should be a package,” he said. “It should all be done at the same time.”

It isn’t all about money. Discussions also involve technology transfer and capacity building to help funding recipients use resources efficiently.

The walkout came as the two-week event entered its final days, with environment ministers from around the world arriving to try to hammer out a final text on the most difficult issues.

Climate change and biodiversity are closely linked. Scientists have concluded that it will be impossible to hold global warming to 1.5°C without conserving at least one-third of the planet.

The COP 15 meetings are scheduled to end Monday.

This report was first published by The Canadian Press on December 14, 2022.