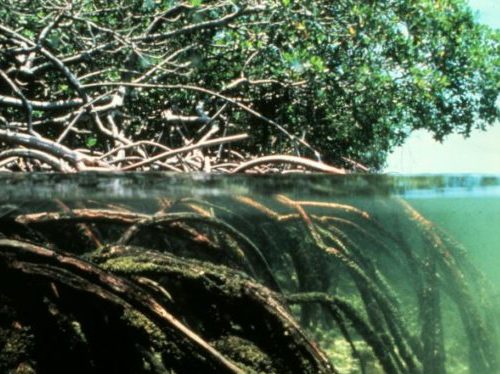 While the global biodiversity crisis deepens and the COP 15 summit in Montreal enters a final week of high-stakes negotiations, a report this morning points to a yawning gap between the degraded landscapes set aside for restoration and countries’ “aspirational goal” to restore a billion hectares—an area the size of China—by the end of this decade.

The International Union for the Conservation of Nature (IUCN)’s Restoration Barometer says US$26 billion in investments to date have restored 14.2 million hectares of degraded landscapes across 18 countries, a combined area roughly the size of Greece. It reports that a total of 48 million hectares have been designated for similar action by the end of this decade.

But those numbers fall far short of what countries are promising, and scientists say is needed, to address just one aspect of the global biodiversity crisis. The UN Environment Programme (UNEP) says countries have committed to restore a billion hectares by 2030 during UN Decade on Ecosystem Restoration.

And on Friday, just a few days before the Restoration Barometer release, an update to IUCN’s widely-respected Red List of species at risk showed a dramatic increase in the number of animal and plant species facing extinction threats. The count rose from just over 40,000 last year to more than 42,000 today, with climate change now affecting more than two in five marine species.

“The marine species that we report on today are facing a perfect storm of threats, an onslaught of threats,” said Jane Smart, head of the IUCN’s science centre. “We are seeing—and I am a scientist, I don’t say this lightly—a decimation of marine life.”

Carole Saint-Laurent, head of IUCN’s forests and grasslands team, distinguished between the billion-hectare pledge and the implementation now under way.

“The UNEP announcement is about an aspirational goal and is very welcome,” she told The Energy Mix in an email. “The Restoration Barometer on the other hand is about documented progress that has already happened and the quantified benefits for biodiversity, climate, and jobs that have been generated.”

She cast the 14.2 million hectares restored to date “not as a total of the progress that has already happened in the whole world but as an illustration that progress is already happening.”

While the IUCN has been publishing the Red List since 1964, the Restoration Barometer only dates back to 2016, when an initial group of countries that included Brazil, El Salvador, Mexico, Rwanda, and the United States agreed to pilot it in forest landscapes. It’s a small step against the scale of loss the Swiss-based UN agency has been documenting for more than half a century.

The point of the barometer is to help countries “build a comprehensive picture of their progress, helping them to identify what is working, where, and how, which leads to more impactful action and better targeted investments,” Saint-Laurent said in a release. “This means restoration efforts can not only be maximized but fully sustained during this critical decade to save our natural world.”

The barometer report [pdf] lays out four indicators of action on land restoration—policy, financing, technical planning, and monitoring—and measures impact based on land area, carbon sequestration, biodiversity benefits, and socio-economic impacts. Projects so far have covered about 1.2 million hectares that will “contribute significantly” to protecting endangered species, sequestered 145.4 million tonnes of CO2, and created 12.8 million jobs, about 478,600 of them considered long-term and full-time.

Lands pledged for restoration far exceed the territory restored so far. Africa leads that list with 39.4 million hectares across seven countries, followed by Latin America at almost 19.9 million hectares, Europe, Central Asia, and the Caucasus at almost 1.9 million, and Asia with 950,000 hectares.

“Landscapes cannot be fully restored overnight,” the barometer report states. “Restoration is a long-term process that requires considered steps before implementation with good prospects for sustainable outcomes can begin. These steps constitute building blocks, which, with the investment of time, lay foundations for the ongoing sustainability of restoration efforts. When done well, this will help generate the most benefits possible.”

The process calls for people, communities, institutions, and governments to “carefully consider what can and needs to be put in place to best facilitate restoration,” IUCN adds. “What this looks like in practice varies from country to country and is dependent on context.”

The report cites several examples, including:

• A green economy program in the Kyrgyz Republic in Central Asia;

• A participatory process to help Costa Rica’s coffee industry—which accounts for 8% of its GDP, 10% of its greenhouse gas emissions, and 150,000 harvest jobs—reduce its carbon footprint;

Those national targets feed into global goals for biodiversity, climate change, and land degradation neutrality, “but also on their own help shape what happens in countries,” Saint-Laurent said. And a successful conclusion to COP 15 would be “a key moment” for nature conservation and restoration.

“Targets and pledges do help to focus attention and investment—so a Global Biodiversity Framework that reflects a high level of political ambition is very important for this,” she told The Mix.

But a supportive quote in the IUCN’s release on the barometer showed how much more territory is in need of restoration.

“The UN Decade on Ecosystem Restoration can only succeed if we measure progress on the ground,” said Natalia Alekseeva, UN Decade on Ecosystem Restoration Coordinator at UNEP. “This is where tools like IUCN’s Restoration Barometer are crucial. Countries have promised to restore one billion hectares—an area the size of China. But where is that restoration happening? And how successful is it? The Barometer is already and will continue to be essential in answering this question.”