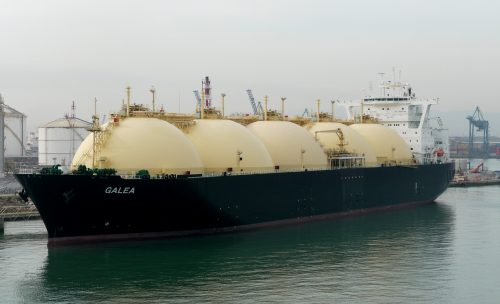 The skyrocketing price of liquefied natural gas (LNG) is driving down demand in China and India and raising the risk that new import terminals will be delayed or cancelled, according to a new analysis last week by the Institute for Energy Economics and Financial Analysis (IEEFA).

With LNG prices up 300% in October compared to the same month last year, demand has fallen by 21% in China and 18% in India, while Pakistan and Bangladesh have cut their imports by 16 and 15%, writes energy finance analyst Sam Reynolds. Less than three years ago, LNG was feted as “the champagne of fuels”. But “as Asian countries search for less expensive energy supplies, their fuel-switching choices, policy shifts, and underutilization of existing LNG terminals have started to materialize into high-profile delays and cancellations of proposed new LNG import projects.”

Reynolds traces the price hike back to Russia’s war in Ukraine and the ensuing energy supply crisis in Europe, which dropped the continent into “an all-out bidding war with Asian buyers for the remaining limited global LNG supplies.” Those market conditions won’t foreseeably shift until new gas supplies come online in 2026, and demand from Europe is expected to absorb the available fleet of floating LNG import terminals through 2025.

“As long as prices remain elevated and available volumes remain scarce, bringing new LNG projects online in Asia won’t get any easier,” Reynolds writes. While countries across Asia have US$490 billion in LNG projects on the books, none of the six new terminals that India was to bring online this year have been commissioned. In China, only two out eight expected terminals are in place, and their eight gigawatts of new gas-fired electricity production “was dwarfed by the 158 GW of new wind and solar capacity.”

Bangladesh stepped away from a 3.6-GW LNG terminal and power plant project in response to “eye-watering fuel prices”, the while the Philippines and Vietnam have each cancelled their first LNG projects.

With the International Energy Agency (IEA), among others, declaring an end to the “golden age of gas”, Reynolds says no one should expect LNG markets to recover after the current price crunch begins to ease.

“The IEA now expects Chinese gas demand to grow at just 2% through 2030, compared to 12% average annual growth over the previous decade,” he writes. And the latest edition of the Paris-based agency’s World Energy Outlook “cut expectations of gas demand in 2050 by 750 billion cubic metres, 15% less than last year’s forecast. Much of this downward revision comes from price-sensitive emerging markets, where high natural gas costs limit coal-to-gas switching opportunities.”