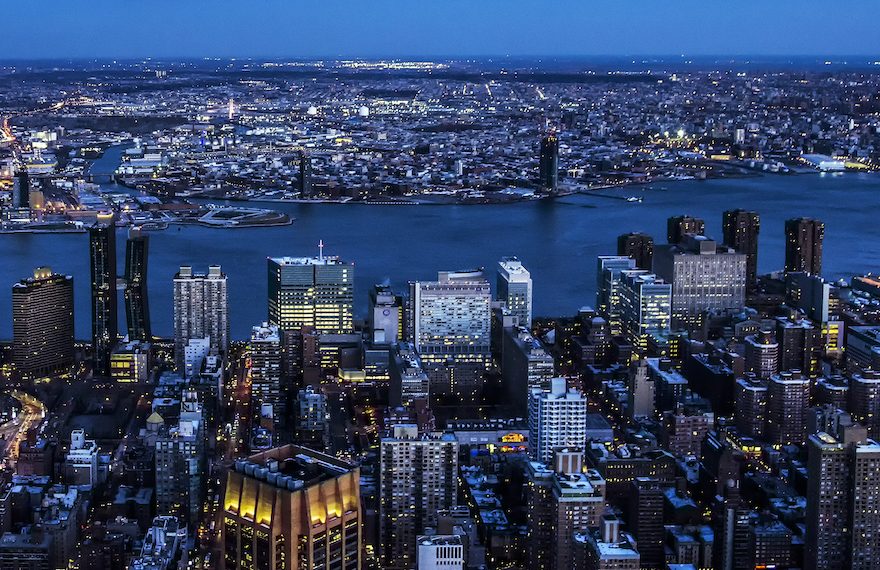 A 30-floor apartment tower in New York City is using an onsite carbon capture system to sequester 60% of the CO2 emissions from a gas boiler that would have been inconvenient at best to replace with electric heat.

“The room-sized CO2 filtration and liquefaction system, installed early this year by CarbonQuest, is a rare instance of carbon capture that actually works and delivers an economic payback,” Canary Media writes, citing the US$268 per tonne that large buildings in New York will soon be paying for emissions that exceed a mandated cap.

“Power plant or industrial-scale carbon capture has a long history of disappointing results, even when attended to by the best minds at Chevron and Exxon,” the news story adds. “But the first system installed by CarbonQuest has been humming along for months.”

Canary Media senior reporter Julian Spector recounts his initially skeptical visit to the building at 1930 Broadway, across the street from the Lincoln Center, where two CarbonQuest execs gave him a tour of the installation. The start-up company had “tapped into the insulated duct that carries hot boiler exhaust to the chimney, diverting the flow through a circuitous array of hissing, humming machinery that pulls out moisture and isolates the carbon dioxide from nitrogen and oxygen, which get released back out the flue,” he writes. “The carbon dioxide then gets cooled to a liquid state and stored, under pressure, in a metal tank,” then shipped to a nearby concrete factory that uses the carbon to produce a stronger product.

“We love that because that was something permanent: We took our exhaust and rendered it inert,” said Josh London, a senior vice president at Glenwood Management, a local real estate firm that owns a couple of dozen rental properties in the city. London said he considered replacing the gas boiler—a state-of-the-art system when it was installed in 2004. He concluded that an electric system wouldn’t be as efficient, and that was before factoring in ” the physical exertion required to remove what’s essentially a giant cast-iron barrel that was installed during construction because it’s larger than any doorway in the building,” Spector writes.

“It is possible, but it is extremely impractical,” London said. “They literally come in and cut up the boiler, and the new one is put in piece by piece and welded onsite.”

“The biggest challenge for cities is in the built environment,” CarbonQuest President and CEO Shane Johnson told Spector. “This is not an easy problem. But it’s also the one that can make the most impact.”