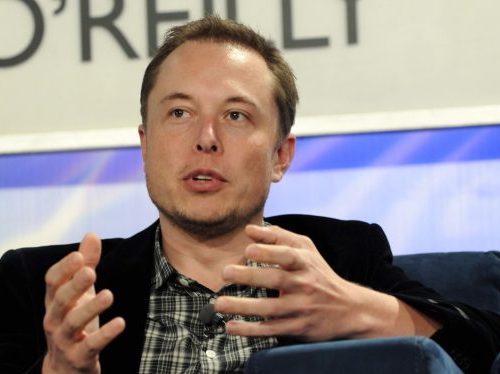 Climate denial on Twitter went full-throttle in 2022, leaving a growing number of climate scientists and activists torn between their desire to exit the increasingly toxic media platform and the urgent need to continue speaking about climate change in public forums.

“Climate denial on Twitter was already a dumpster fire; now, it’s as if it had a litre of gas thrown on it,” climate scientist KatharineHayhoe told The Times, which commissioned the University of London study.

Looming large is the hashtag #ClimateScam, currently Twitter’s top climate-related search result. The University of London study found this hashtag constituted roughly 40% of climate denial tweets and retweets in 2022, as opposed to 2% a year earlier.

While #ClimateScam was already beginning to trend more heavily on Twitter in the three months leading up to Elon Musk’s late October takeover of the platform, use of this and similar hashtags really took off with Musk at the helm.

Analysis by the Climate Action Against Disinformation Coalition found that in the two months since Musk’s acquisition, there have been “more than 500,000 mentions” of #ClimateScam, “climate scam”, or “climate is a scam,” reports The Guardian.

However, #ClimateScam’s status as the top search term remains a bit of a puzzler.

“There’s no evidence there are more posts with ‘climate scam’ than ‘climate emergency’ or other terms, or that they are getting more engagement, so it’s a bit perplexing why it’s the top search term,” Jennie King of the Institute for Strategic Dialogue, a coalition member, told the Guardian. “We are scratching our heads at it.”

What is clear is that just a handful of accounts are pushing the hashtag’s popularity. “Just 10 Twitter handles accounted for a quarter of recent widely-shared climate-skeptic content,” writes The Verge.

Recently welcomed back to Musk’s Twitter after being booted off for transphobic tweets about actor Elliot Page, Peterson is now trafficking in climate denial.

“Often firing off a dozen tweets or more in a single day on the issue to his 3.5 million followers,” Peterson “has shared debunked theories that excess carbon dioxide is beneficial to the world, that ‘automotive freedom’ is under threat from efforts to reduce pollution from cars, and that climate campaigners want to ‘wreak envious and narcissistic havoc,’” writes the Guardian.

Such falsehoods—together with surging incidence of climate-related hate speech—are leading more and more climate scientists and activists to question whether they should drop Twitter altogether.

Long a “cherished forum for climate scientists to share research, as well as for activists seeking to rally action to halt oil pipelines or decry politicians’ failure to cut pollution,” the social media platform feels increasingly unproductive for many such users, and in some cases, actively unsafe.

Though climate scientists had already “become lightning rods for hate speech and death threats,” King told the Guardian the coalition is “seeing a real escalation of threats against them, intended to drive them off the platform.”

While she confesses to having “ramped down” her use of Twitter in response to the surge in climate hate, National Snow and Ice Data Center scientist Twila Moon worries about all that will be lost if experts like her stop tweeting to each other and the wider world about the realities of global heating.

“I am concerned that it could slow climate action in ways that are devastating to economies, communities, and health,” Moon told the Guardian.