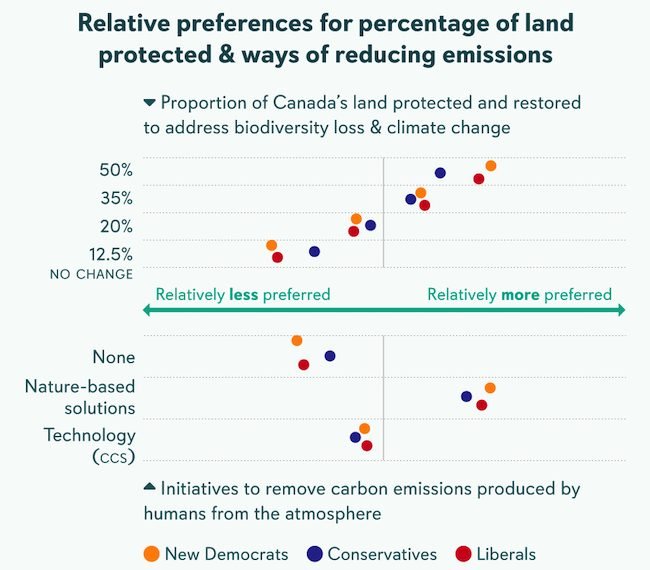 With the United Nations biodiversity summit, COP 15, taking place in Montreal, all eyes are on the host country’s efforts to set binding global targets to protect nature.

The story so far won’t surprise anyone working on climate change: Federal and provincial governments have been good at setting targets, but not so good at meeting them. Canada’s 30×30 strategy aims to declare protected areas covering 30% of its land and ocean areas by 2030. But the country missed its 2020 goal (17%) and looks likely to fall short of the 2025 target (25%), with just 13% protected so far.

Without better collaboration between provincial and federal governments and recognition of the leadership coming from Indigenous communities, Canada will extend its unbroken record of failure to meet its global climate and other environmental targets.

And our leaders won’t be able to blame a lack of popular support, as Canadians of all political stripes strongly back this sort of conservation, according to multiple polls. Further proof is found in recent qualitative and quantitative studies by Environics Research on behalf of EcoAnalytics.

The quantitative study asked a large sample of Canadians (2,293 adults representative of age, gender, and income) about different combinations of climate and biodiversity policies measures. The study found a strong preference across political stripes for protecting and restoring 35% of land and oceans in Canada, and an even stronger preference for 50% protection. The responses showed similar, strong cross-party support for using NbS to remove carbon emissions from the atmosphere, but low support for deploying carbon capture and storage (CCS) technology for the same purpose.

Participants in the quantitative study identified NbS as the most effective solution (60%), followed by a shift to renewable energy (58%), climate accountability, CCS, and a just transition.  The discussion groups complemented those results, with participants describing NbS as a common sense approach, the least intrusive option, and an approach associated with significant benefits for humans and nature. Both studies also revealed, however, that participants felt they had limited knowledge about all the potential solutions and how they would be implemented. The same information gap showed up in qualitative research we conducted this summer that focused Canadians’ awareness of and support for the 30×30 strategy..

Here again, researchers found strong support for protecting nature, but scant knowledge of what the targets mean or how to achieve them. Without those missing pieces, participants were relying on assumptions or misinformation about feasibility, costs, and fairness.Most of them also had limited understanding of what happens when biodiversity declines and how these declines further fuel climate change. Note, participants for this study were selected from a socio-demographic segment of Canadian society that we call the “moveable middle”, people concerned about environmental protection but unengaged in efforts to address it: climate deniers and climate activists were excluded.

What does this mean for climate communicators?

Above all, Canadians really want to protect nature. They value it at an emotional and personal level, but don’t know how that sense of connection relates to climate change or the survival of humanity. Those results create an opportunity for climate communicators to::

• Go back to the basics of why biodiversity is important to human survival;

• Explain the connection to climate change, early and often;

• Talk about how land and marine conservation will be implemented, where, by whom, and how people, communities, businesses, and biodiversity will benefit;

To learn more about this research and EcoA’s other data and communications guidance please check out our website.