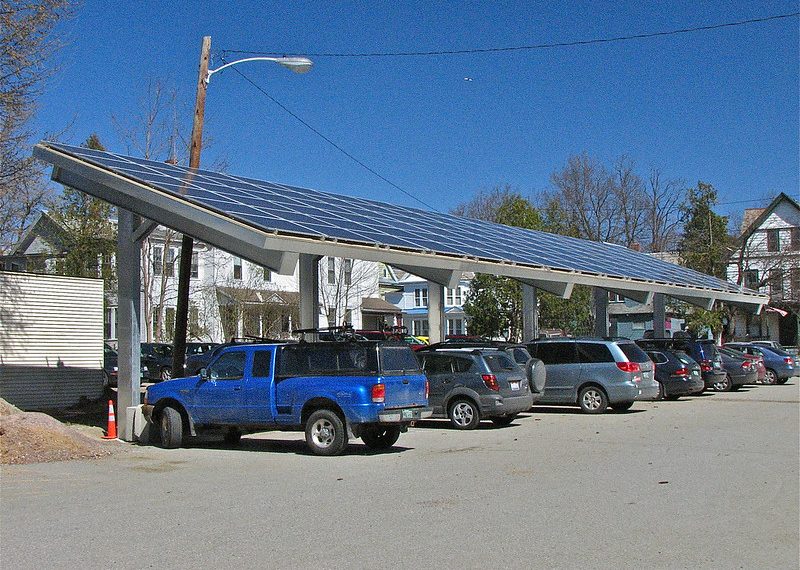 Parking lots around the world are increasingly becoming sites for solar power generation, as governments and corporations seek out ways to accelerate their transition to renewables.

“We find that there is almost no debate around the wisdom of putting solar in a parking lot,” said Lars Norell, co-founder and co-CEO of Stamford, Connecticut-based Altus Power. “We believe that rooftop solar and carport solar are going to be easier for most communities to not only accept but embrace as a way to make clean energy.”

Last month, France passed a law requiring parking lots with more than 400 spots to install solar panels within three years, while those with 80 and 400 spaces receive a five-year deadline. Similar changes are expected in the United States, either through corporate action or by federal mandate, making the installations an important part of the country’s transition to renewable energy, reports CNBC.

Solar power is becoming more alluring for corporations as deployment costs continue to fall. Commercial retail centres and logistic buildings are also perfect sites for solar arrays, since they feature large parking lots and rooftops. Companies like Walmart and Home Depot have set goals to shift their stores to 100% renewable energy in the next decade or two, and others are already installing solar arrays over their car parks. The Target retail chain, for instance, added solar carports to one of its California stores this past spring.

“Increasing power prices and more government support, like in France where they mandated it, we think will mean that more parking lots are going to have [solar] carports,” Norell said.

There is also interest from smaller companies, though they face less public pressure than the larger corporations.

“In many cases, smaller companies don’t have quite such an audience that is expecting them to act, but many of them are acting sort of out of self-interest, or because they would like to save money,” Norell said.