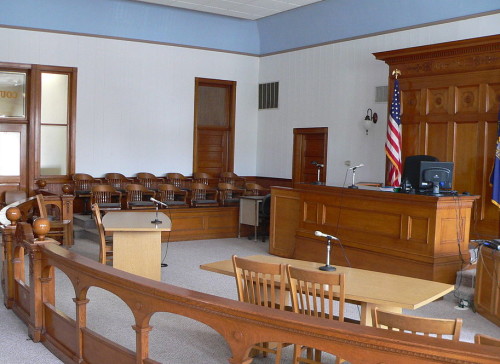 From the decades of misleading messaging to conceal their harms and prolong their use, to the lawsuits that eventually resulted, there are lots of parallels between opioids and fossil fuels, writes former prosecutor Rachael Lyle, senior staff attorney at the U.S. Climate Science Legal Defense Fund, in a post for Undark Magazine.

Opioids and fossil fuels might seem like vastly different products, Lyle says. But both were marketed as panaceas for a more comfortable existence. Both have some legitimate uses, though we now know that safer alternatives exist for treating chronic pain and powering our economy. And in both instances, we could have known about the harms caused by these products decades sooner, had they not been deliberately concealed from the public for corporate profits.

As those harms have come to light, litigation has become the primary mechanism for attempting to protect the public. Here, too, the parallels continue.

In the opioid lawsuits that swept the United States starting in 2014, plaintiffs’ lawyers worked to secure compensation for taxpayers harmed by a drug crisis that continues to ravage communities. In their defences, lawyers for pharmaceutical companies often resorted to attacking the science of opiate addiction itself.

As governments initiate lawsuits to hold oil, gas, and coal companies accountable for the harms they’ve caused taxpayers through climate change—New Jersey being the latest U.S. state to do so—fossil fuel companies have followed a familiar playbook: To deny and downplay the science surrounding climate change.

Given these similarities, opioid litigation has important lessons for climate change litigation. Namely, accurate, peer-reviewed, and up-to-date science, as well as environmental justice, must be the central components of any lawsuit trying to obtain meaningful compensation for the fossil fuel industry’s most vulnerable victims.

As a lawyer who worked on the national opioid litigation, I’ve seen how those lawsuits and their associated settlements were more likely to succeed when science was at the forefront. This was especially so when the cases focused on the disproportionate impacts on marginalized communities, like Tribal Nations. Those victories, however, hinged on plaintiffs’ lawyers ability to articulate the science of opioid addiction, and on judges’ ability to understand it.

In the opioid cases where the judges understood the science of addiction risk, dependence, and withdrawal—particularly in vulnerable communities entrenched in poverty—defendants’ efforts to shift the blame to individuals who became addicted to opioids failed. Conversely, in cases where lawyers couldn’t properly articulate the science—or where judges didn’t respect it—the companies’ efforts to distort the science succeeded and victims further suffered as a result.

Despite this experience in the opioid litigation, a broad study showed that an astounding three-quarters of litigators in climate change lawsuits are failing to cite peer-reviewed findings. This is all the more pressing when the lawyers for fossil fuel companies downplay the science of climate change. Lawyers and judges should, at the very least, be science-literate when handling science-based lawsuits in the face of corporate attempts to distort facts and evidence.

This muddling of the science has real world consequences. Poor communities bear undue social costs when powerful entities deny the science around products like opioids and fossil fuels. For example, opioid manufacturers targeted rural areas of West Virginia with dangerous marketing plans, disinformation, and a torrent of pills. Similarly, operations and activities from the oil, gas, and coal sector have left coal miners and communities of colour vulnerable to devastating floods, droughts, hurricanes, and wildfires.

Like the major opioid manufacturers, distributors, and pharmacies, fossil fuel companies continue to spread disinformation and deceive the public, evidently in an effort to delay climate action. This deception increasingly happens via the legal system itself. In my current work as a lawyer for the Climate Science Legal Defense Fund, my colleagues and I have seen fossil fuel companies—and fossil fuel-funded groups and individuals—target climate scientists and researchers with invasive open records requests, defamation lawsuits, political harassment, and more. The apparent goal: intimidating, silencing, and sidelining scientists in order to forestall government action on climate change.

These legal threats can understandably discourage climate researchers and professors from engaging in science advocacy around climate change, whether as part of their research, serving as an expert witness, or publicly speaking out—all of which makes it even harder to tackle the climate crisis. Therefore, much of my organization’s focus goes to providing scientists with free legal advice and resources detailing best practices.

But that’s only part of the solution. Holding corporate wrongdoers accountable should also involve advocating for the judges overseeing climate change lawsuits to properly understand the science. In the opioid cases, pharmaceutical companies poured resources into challenging the science of addiction. Often, the judges handling these cases permitted testimony which should not have been heard under current legal standards for allowing scientific evidence into court, and sealed compelling corporate evidence that should have been made public. These judges’ failures mired lawyers in unnecessary document review and prevented regulators from important opportunities to improve public safety.

Indeed, one of the most frightening, lasting legacies of Donald Trump’s time in the White House is the hundreds of federal judgeships that he filled, including unqualified appointees who lack scientific literacy. Some of these judges may not adequately understand the science of climate change or the public health impacts of fossil fuel extraction. Worse, some may be outright hostile toward any arguments calling for more regulation, including environmental safeguards.

Trump appointees already ignored the science of opioid addiction when they declined to criminally prosecute Walmart for its alleged failure to prevent the over-dispensation of opioids. And we saw, with the Supreme Court’s overturning of Roe v. Wade and recent blow to the EPA’s authority to restrict greenhouse gas emissions from power plants—decisions that flatly disregarded science and evidence—that even the highest court is no longer a lofty, politics-free body.

While fossil fuel companies continue to attempt to distort the facts and minimize the evidence, the science of climate change and its unequal effects on poor and dispossessed communities like Tribal Nations can no longer be denied by reasonable decision-makers.

With science itself a point of contention in climate litigation, we must research and support science-forward judges in elections, educate judges on science, empower scientists of all stripes to serve as expert witnesses, and hold corporate wrongdoers accountable to the people. These actions can directly advance climate action and environmental justice in the communities that need it most.