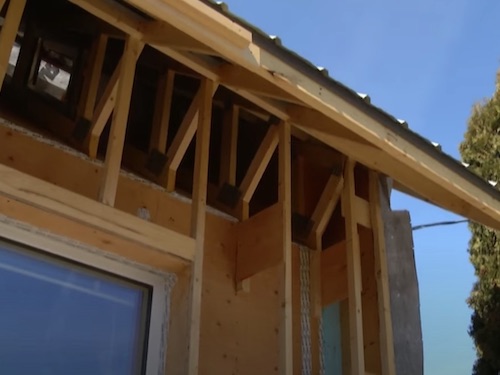 Russia’s war in Ukraine was the catalyst for a surge in global energy efficiency investments this year, as governments and consumers “turned to efficiency measures as part of their responses to fuel supply disruptions and record-high energy prices,” the International Energy Agency (IEA) says in its Energy Efficiency 2022 report released Friday.

“While there are many ways for countries to address the current crisis, focusing on energy efficiency action is the unambiguous first and best response to simultaneously meet affordability, supply security, and climate goals,” the Paris-based agency says in the executive summary of its Energy Efficiency 2022 report. That imperative drove efficiency spending up 16% this year, to US$560 billion, after years of sluggish activity.

The IEA’s analysis shows countries using energy 2% more efficiently over the last year due to investments in building retrofits, transit, and electric vehicle infrastructure. It may not sound like much—but that rate of improvement is four times higher than the last two years, and nearly double the performance over the last five. If governments, businesses, and consumers kept up the pace, it would be more than enough to shift energy and emission scenarios that assume less aggressive efficiency improvements.

The IEA says this decade would have to see a 4% annual improvement to keep up with its own net-zero scenario. But “if the current rate of progress can be built upon further in the coming years, then 2022 could mark a vital turning point for efficiency, which is one of the key areas for international efforts to reach net-zero emissions by 2050,” the Paris-based agency says in a release.

The executive summary cites Russia’s invasion of Ukraine as the spark for an “unparalleled global energy crisis” that “dramatically escalated concerns over energy security and the inflationary impact of higher energy prices on the world’s economies.” In that new geopolitical reality, “lowering record-high consumer bills and securing reliable access to supply is a central political and economic imperative for almost all governments.”

The report points [infographic] to governments leading a cascade of energy efficiency measures to increase energy affordability and security and speed up climate action, including:

• More than US$1 trillion for energy efficiency measures in crisis response packages;

• $680 billion in energy cost savings this year due to energy efficiency measures introduced by IEA member countries since 2000;

• A major focus on efficiency in national plans introduced by 16 governments representing more than half of global energy use;

• Heat pump incentives now in place in countries that account for half of global energy use;

• Cooling efficiency programs in place across all members of the Association of Southeast Asian Nations (ASEAN);

• New building codes under development in 31 emerging and developing countries, for a total of 111 once they’re all in place.

While the IEA traces progress on energy efficiency in the world’s wealthiest countries, it warns that the rest of the world has yet to catch up.

“This year has been marked by several significant policy and spending announcements that point to continued efficiency investment and progress for years to come,” the report says. “These include the Inflation Reduction Act in the United States, the European Union’s REPowerEU plan, and Japan’s Green Transformation (GX) program, which add up to hundreds of billions of dollars in spending.”

But “these packages—like much of energy efficiency investment more broadly—are concentrated in advanced economies, and much greater investment is needed in emerging and developing economies,” at a time when high fossil fuel prices “are driving a cost of living crisis, worsening energy poverty and public health.”