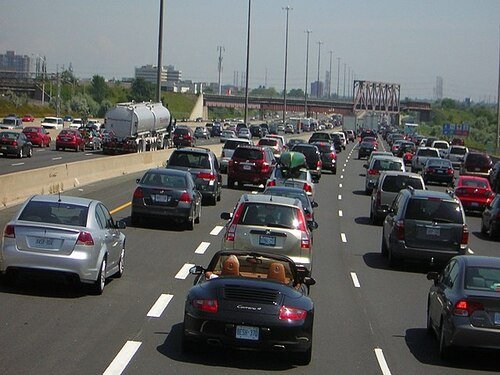 While a California suburb acts as a model for decarbonizing housing on a large scale, Canadian cities like Guelph, Ontario, are finding ways to make the transition from “car-dependent hellscapes” to green cities.

A self-sustaining microgrid that can independently support the subdivision’s energy needs if the grid fails “is what could truly transform the energy system,” he added. That level of resilience is especially important for a state like California, where climate-driven heat waves, storms, and wildfires can cause blackouts.

“When it’s really hot and there are fires, you’re threatened with the power turning off,” said Dan Bridleman, senior vice president for sustainability, technology and strategic sourcing at KB Home. “We felt like there was probably an affordable way to build resiliency, not only at the house level but also into the community.”

But north of the border, some of Canada’s biggest cities have tried to prevent the “inner city ‘blight’” manifest in U.S. cities, CBC writes. Many Canadian communities are looking for ways to cut down carbon emissions while preparing to expand to accommodate population growth.

Some Canadian cities are hoping to avoid urban sprawl—and the costs and tax inefficiencies that come with it—with smart transit infrastructure that helps people reduce their reliance on cars. In Guelph, for example, even the least wealthy parts of the urban centre generate more municipal revenue that the city’s sprawling fringes, and a policy that encourages low- and medium-rise development in the city core has enabled a vibrant environment for living and working.

“For its long-term sustainability, adding more people to the downtown was a critical direction for the city,” said the city’s senior urban designer, David de Groot.