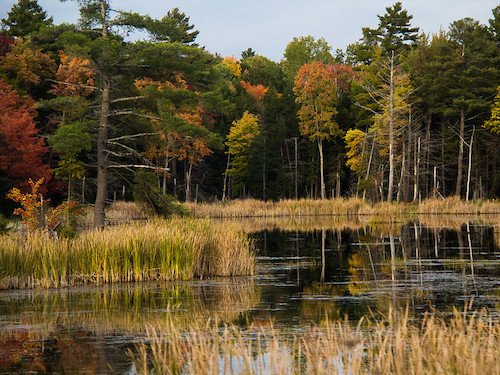 Canadian officials have greenlit plans for mining at one mid-northern Ontario site but called into question the future of mineral extraction in the Ring of Fire region northeast of Thunder Bay.

Both decisions carry weight for the country’s prospects as a producer of raw materials for electric vehicles and batteries, and for the local impacts of those supply chains.

“A top Canadian federal government official has raised doubts about whether Ontario’s Ring of Fire region will ever be developed, pouring cold water on a critical minerals project that the provincial government has championed and the United States administration has expressed interest in funding,” reports The Globe and Mail.

“It may be that projects go forward; it may be that they won’t,” said Jeff Labonté, assistant deputy minister for lands and minerals at Natural Resources Canada.

Mining plans for the Ring of Fire—located 500 kilometres outside the regional centre of Thunder Bay—have been highly controversial—they’re opposed by several Indigenous communities, and would endanger or destroy ecosystems that store large amounts of carbon. Companies have spent millions of dollars on mining prospects since the region’s critical mineral stores were discovered in 2006, but no projects have gone forward, and there are still no roads or grid infrastructure in the area.

Ontario Premier Doug Ford has pushed to mine the region as part of a strategy to make the province an EV manufacturing hub, stating he would “hop on a bulldozer” himself to build roads into the area. The U.S. has also shown interest in supporting mines, while Australian company Wyloo Metals paid more than half a billion dollars earlier this year to buy into early-stage Ring of Fire mining projects, hoping the investment will one day produce battery-grade nickel.

But Ontario needs backing from the feds to build the nearly C$2-billion in infrastructure projects required for mining to proceed. Ottawa has committed $1.5 billion over the next eight years for infrastructure to support critical minerals in Canada, but Labonté clarified there are other projects that could receive that support.

“We don’t see bulldozers and the inevitability of that… as necessarily how things are going to happen” in the Ring of Fire, Labonté said.

But the feds have approved Toronto-based Generation Mining’s plans to extract palladium and copper from a site in Marathon, north of Lake Superior. The company plans to start building the mine next year to supply metals to the North American and European automotive industries, says the Globe, becoming an important source of palladium for catalytic converters.

Russia and South Africa currently control a large portion of the global palladium market, and Canada and other countries are increasingly interested in finding alternative sources for such critical minerals. Generation Mining hopes the U.S. government will step up to help with the mine’s US$665-million price tag.

“What’s happening in Russia is pretty scary,” said CEO Jamie Levy. “Car manufacturers would like to have a secure supply of platinum group metals, and copper, from Tier 1 jurisdictions that are carbon-friendly and have support from governments and First Nations.”