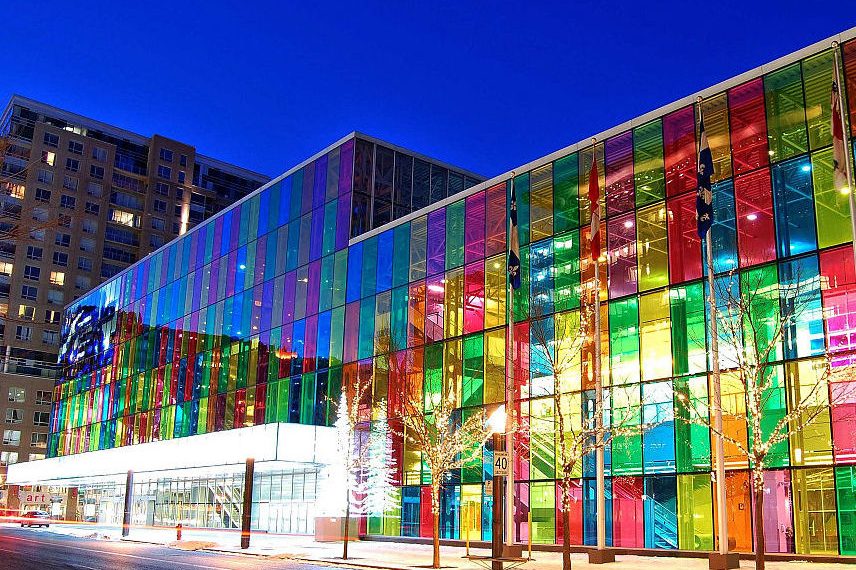 If global biodiversity—the subject of the huge COP 15 summit in Montreal this week and next—is too much of a mouthful, try thinking instead about the white-throated sparrow.

Their cheerful “Dear Sweet Canada, Canada, Canada” song brightens backyards and parks across the country. Except not so much anymore, The Canadian Press reports.

“It’s a classic case in point,” said Peter Davidson of Birds Canada, one of many groups that will be watching the upcoming two weeks of negotiations like, well, hawks.

“It’s a common and widespread bird, but they are declining at a rapid rate. It’s an indicator,” he said of the white-throated sparrow.

That’s the kind of decline that 196 countries are hoping to halt at this week’s meetings by reaching a refreshed Convention on Biological Diversity that contains real goals and real money. Referring to the international deal that created the same for greenhouse gases, advocates say they’re hoping for a “Paris moment.”

“What happened in Paris was pretty much every country agreed there was a climate crisis and they had to take action,” said Mary MacDonald of the World Wildlife Fund.

“It was a moment that pulled everyone together and that is what we’re lacking for the convention.”

Evidence that such a moment is required is not scarce.

Davidson points out North America has lost about one-third of its birds in the last 50 years. That’s three billion birds not filling the skies.

The United Nations has concluded that one million species worldwide are threatened with extinction. The pace is increasing.

Canadian habitats from prairie grasslands to eastern woodlands are rapidly vanishing, says the Nature Conservancy. Studies suggest 90% of ecosystems worldwide have been altered.

Ottawa is spending C$631 million a year over the next decade to help forests, marshes, peatlands, and pastures sock away up to four megatonnes of greenhouse gases annually. But they won’t if those environments aren’t preserved.

“You cannot have a conversation about tackling climate change without talking about the importance of biodiversity,” said Dawn Carr, conservation director at the Nature Conservancy and a member of the Canadian delegation to COP 15. “They’re really totally inseparable issues.”

Diplomats have thrashed out 22 different targets for the Montreal meetings. They include reducing invasive species and pesticide use, cutting food waste, ensuring fair access and sharing of genetic resources, and ending government subsidies that harm biodiversity.

But federal Environment Minister Stephen Guilbeault said four of them would be enough for something Parisian.

“There needs to be a real serious conversation about resource mobilization to help developing countries achieve their targets.

“And in the case of Canada, it needs to be done in partnership with Indigenous people, provinces and territories.”

Last time he checked, there were 1,200 “bracketed” items—spots in the text where the wording isn’t settled.

“It is not a small feat to accomplish.”

Nor, he said, can negotiators pick and choose among those four items. They’re closely linked and dropping one affects the others.

“I doubt that we can have an agreement on protecting 30% by 2030 without a robust conversation on resource mobilization,” he said.

Guilbeault said it would be just as hard to talk about protecting lands without including the Indigenous people.

The talks will be slow and painstaking, said Carr.

The stakes are high. Brackets where consensus isn’t achieved are simply removed and, among the bracketed items, is the crucial 30% by 2030 point.

“If those brackets don’t get removed, the measurable aspect will be lost,” Carr said.

COP 15, which stands for Conference of Parties, will create a small city in itself. Organizers say there are 17,000 registered attendees with 900 reporters accredited to cover their deliberations.

Critics say such mammoth events are too unwieldy to produce results and deliver little beyond unenforceable feel-good communiqués. They point out targets set at such meetings are rarely met and ask if there isn’t a better way to respond to environmental crises.

But Guilbeault, who’s attended all 27 of the UN climate COPs, said there’s still value in bringing the world together to discuss shared problems.

He points out that 10 years ago, scientists said the world was on track for between 4 to 6°C of warming. Now, after a decade of COP climate meetings, that range is 1.7 to 2.4°C—still not good enough, but better.

“There’s no doubt in my mind that countries meeting year after year, comparing plans, comparing strategies, played a key role,” Guilbeault said. “We need the same type of international movement on nature and that’s what I’m hoping Montreal will be.”

Hope echoes through any talk of COP 15 like the song of a white-throated sparrow.

“I think there’s a lot of interest and hope around it,” said MacDonald. “Nature is very hopeful.”

This report by The Canadian Press was first published December 4, 2022.