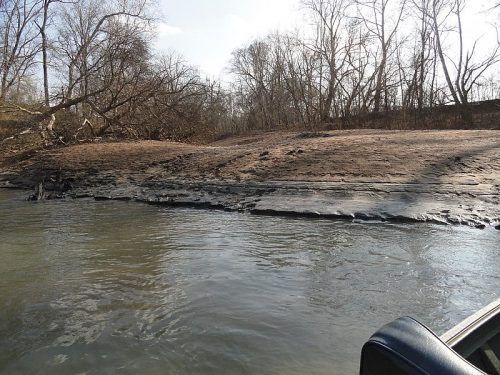 More than nine out of 10 coal ash impoundments in the United States are contaminating groundwater in violation of federal rules, according to environmental groups’ comprehensive analysis of the latest industry-reported data.

Even as the U.S. Environmental Protection Agency (EPA) has stepped up enforcement of federal coal ash rules this year, the groups say more urgent action is necessary, including mandates that companies test all drinking water wells within a half-mile of coal ash impoundments, and that companies cease storing coal ash in contact with groundwater, Energy News Network reported early last month.

Coal ash contains arsenic, mercury, and other toxins that have been linked to a range of health impacts. And drinking water wells near U.S. coal plants, unlike municipal water systems, do not typically undergo regular testing.

The report by Earthjustice and the Environmental Integrity Project delves into issues covered by the Energy News Network’s recent 12-part coal ash investigation with Northwestern University and Great Lakes Now. These include the threat posed by historic ash not covered by federal rules and the likelihood that many companies avoid responsibility for groundwater contamination by placing background monitoring wells in areas actually contaminated by coal ash.

The environmental groups also stress that as pressure increases on companies to remove ash stored in unsafe ponds, it must not be reused as “fill” to build up land or berms, a common practice that poses its own serious contamination risks.

Companies must report groundwater monitoring data and closure plans for all coal ash repositories that were active when the 2015 rules took effect. Posted in thousands of lengthy documents on scores of separate company websites, this information is not easy for the public to analyze. The environmental groups recently updated their interactive public database with the latest filings, showing that coal ash is contaminating groundwater at 265 of 292 sites (with a total of 746 different coal ash dumps) covered by the federal rules. Only 11 sites—or 4%—are planning to clean up coal ash in a way that will protect groundwater, the report says.

“The sheer volume of non-compliance among U.S. coal plants is stunning,” said Earthjustice senior counsel Lisa Evans. “Federal agencies or state agencies should not have to stand over these plants and make sure they comply. These rules are not recommendations—it’s the law. To see U.S. coal plants blatantly violating the law at plant after plant is extremely discouraging and incredibly dangerous.”

A Problem of Historic Proportions

The analysis says that at almost half the locations where coal ash is contaminating groundwater—123 out of 265—“owners have denied responsibility for the contamination, and are not planning to take remedial action.”

“The remaining 142 contaminated plants have submitted a plan detailing possible cleanup options, but only 38 of these have committed to a specific cleanup plan,” the report continues. “Of the 38 plants that have committed to at least one cleanup action, 27 are not treating groundwater, but are instead relying on ‘monitored natural attenuation,’ which means the companies will just watch as the pollution continues to seep into the groundwater and flow offsite.”

But “the monitoring systems that the utilities have put in are not reliable,” Evans said. “They are inaccurate and don’t present a clear picture of how much contamination is occurring.”

It’s extremely difficult to enforce the existing mandate that downgradient wells be compared to background wells unaffected by coal ash, since each site has complicated geological and hydrological characteristics. While companies must post their monitoring well locations and results, there’s no requirement for the government to approve the monitoring plan.

Misleading background well readings often result from historic coal ash that is scattered across a site or stored in ponds that closed before the 2015 rules and hence are not subject to them, environmental groups say. The Earthjustice and Environmental Integrity Project report recommends companies be forced to find all coal ash on their sites and safely clean it up. Since coal ash has often been disposed of over many decades, this can be a grueling process that environmental groups themselves have undertaken using historical photos and reports.

The EPA is in the process of developing rules for “legacy ash” that is not currently regulated. In a lawsuit filed last spring, environmental and community groups represented by Earthjustice demanded that all coal ash be covered by these new rules. Such a mandate with meaningful compliance would help address faulty background monitoring wells, Evans said.

“The new rule should go very far in solving this problem, so companies cannot hide behind unregulated ash that is contaminating water,” she said. “Until we see the rule we won’t know whether all ash is comprehensively covered, but we have some optimism that EPA is working towards that.”

The 2015 rules clearly state that coal ash cannot be permanently stored in contact with groundwater. Nonetheless, companies are planning to close about 200 such facilities with the ash left in place in unlined pits where it is known to be in contact with groundwater, according to the Earthjustice-Environmental Integrity Project analysis. Environmental groups argue that the law clearly indicates ash in such pits must be removed.

This is of particular concern since private drinking water wells draw from groundwater and are rarely tested for health and safety unless residents take such expensive testing upon themselves. (An interactive map produced by Northwestern University for the Energy News Network shows coal ash repositories and density of drinking water wells.) For example, Joliet, Illinois residents worry about contamination from coal ash stored in nearby Lincoln Stone Quarry and wonder whether to believe owner NRG’s promises that past problems have been remedied by pumps that change the groundwater flow.

“The problem is the pollution is largely invisible—if coal ash contaminants like arsenic and thallium are in your drinking water, you won’t see them, you won’t taste them,” Evans said. “It’s often undetected until it’s too late.”

Coal ash has been shown to be contaminating drinking water wells at at least 15 sites nationwide, including Town of Pines, Indiana, and Lansing, Michigan. In some cases, companies have provided residents with bottled water or paid to connect them to municipal water systems. North Carolina’s state coal ash law mandates that wells near coal ash repositories be tested and that almost all coal ash be removed to lined landfills.

“This is something every plant can and should do,” Evans said.

The report also recommends that companies test surface water bodies near coal plants, at a minimum, and ideally also test the sediment in those water bodies for toxins. Heavy metals from coal ash—like mercury, lead, and arsenic—can bio-accumulate in fish, making them unsafe to eat. Municipal drinking water systems often also take their water from lakes or rivers that could be affected by coal ash—including Lake Michigan and the Ohio River. Three-quarters of coal plants across the U.S. store coal ash within a quarter-mile of a water body, the report says.

“Many of these communities lack the means and expertise to test their own water,” the report says. “This is an environmental justice issue because coal ash dumps disproportionately threaten low-income communities and communities of colour.”

In January, the EPA sent letters to coal plants denying requests for an extension on ceasing the dumping of coal ash in unlined pits, and this year the agency has made other statements and inquiries regarding the inadequacy of some companies’ plans to close coal ash ponds. The federal agency is also examining the performance of states that administer their own coal ash regulation, to make sure it is as rigorous as the federal rules require.

The environmental groups’ report recommends that EPA continue to step up enforcement, including with financial penalties and legal action leading to consent decrees. They also call for firm, mandatory cleanup schedules—as opposed to the current rules, which ask companies to take corrective action “as soon as feasible.”

The report lists 10 sites with the most severe groundwater contamination, most of them in the West and South: Texas, Nevada, Wyoming, North Carolina, Pennsylvania, Maryland, Mississippi, Utah, and Tennessee. The Energy News Network chronicled how one of the plants on the list, TVA’s Allen Fossil Plant in Memphis, has impacted Black residents who live near the plant and also near the landfill where ash is being moved. The environmental groups’ report notes that the company has not posted groundwater monitoring data or otherwise followed rules for one ash pond that the company considers exempt from the 2015 rules, though it is “periodically inundated with floodwater and the ash in the unit is likely to be sitting in groundwater.”

Earthjustice and the Environmental Integrity Project call for the federal government to make technical assistance and funding available to environmental justice communities so that they can play a meaningful role in the regulation and cleanup process. The government currently offers such support for communities affected by toxic waste, but it has not been made available to communities impacted specifically by coal ash—which was controversially not labeled a hazardous waste by the EPA despite its many toxic properties.

While enforcing the existing and new coal ash rules at every site would likely be beyond the federal government’s resources, advocates hope that stepped-up attention by the government will cause companies to be more compliant. The stakes are only higher as climate change means more flooding and heavy rain that can spread coal ash and drive contamination further into groundwater, experts say.

“Industry takes notice when EPA enforces the law not necessarily at its own facility but at any plant, so EPA needs to make examples of plants that have significantly violated the coal ash rule,” Evans said.

“That will go a long way toward industry paying attention to what the law requires. Right now, industry feels like it can ignore the law without repercussions. In the short term, industry saves money by doing so. But in the long term, contamination of the water gets worse and worse and therefore more expensive to clean up. So [in the long term] industry is not saving money by allowing coal ash contamination to continue, and certainly it is endangering the health and safety of front-line communities.”

This story was first published by Energy News Network on November 3, 2022. Republished with permission.