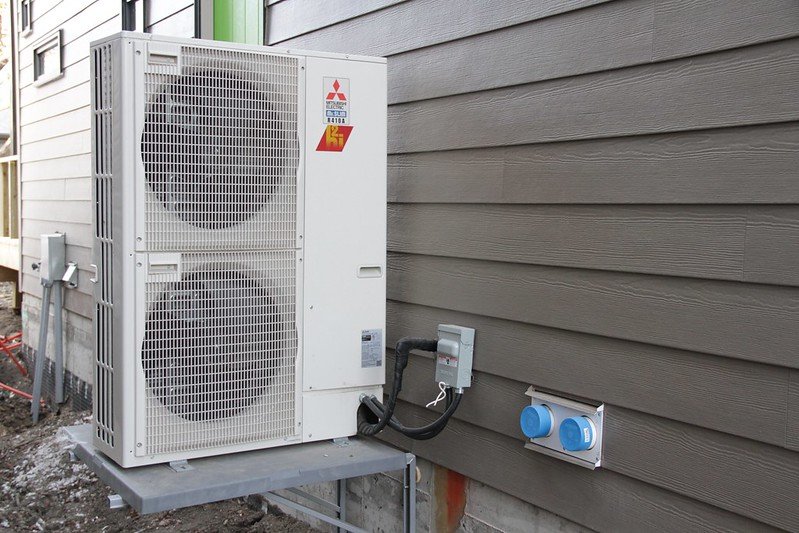 Countries could cut carbon dioxide emissions by 500 million tonnes by 2030—the amount produced by all the cars in Europe today—by adopting heat pump technology that already supplies 10% of the world’s space heating and is poised for faster growth, the International Energy Agency concludes in a report released this week.

“All the pieces are in place for the heat pump market to take off, reminiscent of the trajectory we have seen in other key climate technologies like solar PV and electric vehicles,” IEA Executive Director Fatih Birol said in a release.

“Heat pumps address many of policy-makers’ most pressing concerns on energy affordability, supply security, and the climate crisis,” he added. But policy measures currently in place “need to be reinforced urgently to allow heat pumps fulfil their significant economic and environmental potential.”

Most homes, schools, offices, and factories around the world still depend on natural gas heating, accounting for 10% of global greenhouse gas emissions, more than one-sixth of global gas consumption, and one-third of gas demand in Europe, the IEA says [pdf]. But the energy crisis triggered by Russia’s invasion of Ukraine is speeding up heat pump adoption. That makes heat pumps powered by low-carbon electricity “the central technology in the global transition to secure and sustainable heating.”

Sales of the devices were already taking off in 2021, the IEA adds, increasing 15% globally—twice the average for the last decade—and 35% in the European Union. With the rise of the global energy crisis, they’re flying off the shelves at a record pace, with sales volumes doubling in some European countries in the first half of 2022.

Heat pumps now on the market “are three to five times more energy efficient than natural gas boilers,” the Paris-based agency writes. “They reduce households’ exposure to fossil fuel price spikes, which has been made all the more urgent by the ongoing global energy crisis. And “many heat pumps can provide cooling, too, which eliminates the need for a separate air conditioner for the 2.6 billion people who will live in regions requiring heating and cooling by 2050.”

That means replacing fossil-fueled heating with heat pumps “significantly reduces greenhouse gas emissions in all major heating markets, even with the current electricity generation mix,” and the picture only improves as electricity grids decarbonize.

Heat pumps are also central to Europe’s push to reduce its dependence on Russian oil. The continent’s REPowerEU initiative calls for heat pump sales to rise from two million in 2021 to seven million in 2030, enough to cut gas consumption by seven billion cubic metres (bcm) in 2025 and 21 bcm in 2030—nearly 15% of the EU’s pipeline imports from Russia in 2021.

While heat pumps draw power from a utility grid facing multiple other new demands due to climate action and decarbonization, the IEA says governments can reduce the strain by retrofitting buildings in tandem with the shift in heating and cooling technology. “Together with careful grid planning and demand‐side management, this moderates the need for distribution grid upgrades caused by electrifying heat and minimizes the need for additional flexible generation capacity” through the end of the decade.

Overall, “heat pumps are an indispensable part of any plan to cut emissions and natural gas use, and an urgent priority in the European Union today,” Birol said. “The technology is tried and tested, even in the coldest of climates.” That puts heat pumps at the centre of the effort “to ensure everyone can heat their homes this winter and next, to protect vulnerable households and businesses from high prices, and to meet climate objectives.”

But that success will depend on policy-makers “putting their weight behind this technology,” Birol said. The 110-page report includes an inventory of barriers—some of them universal, others limited to specific jurisdictions—that will have to be overcome if heat pumps are to meet their full potential. Heat pump providers face manufacturing constraints and shaky supply chains, as well as a shortage of skilled installers. And buyers will need help with the up-front cost of buying a heat pump, technical supports and building retrofits to reduce operating costs, and government action on a range of non-cost obstacles—from consumer education, to shifts in building standards, to special measures to address barriers in rental housing.