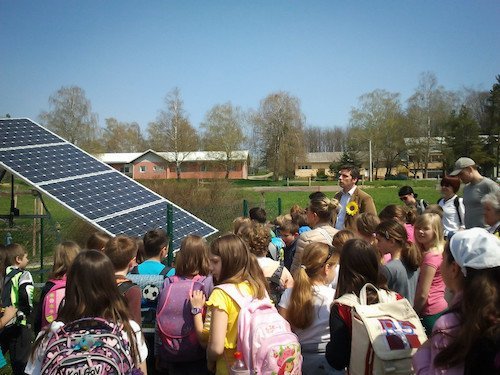 The United States clean energy transition received two boosts this month from the Biden administration—a US$550 million cash infusion for community-based clean energy initiatives, and a first-ever 100% carbon-free electricity agreement with a utility.

The $550 million in funding is expected to deliver energy cost savings for more than 250 million Americans and help the country move toward a net-zero economy by 2050. It is “a streamlined and flexible tool for local governments to build their clean energy future,” Energy Secretary Jennifer Granholm said in a statement. “State, local, and tribal communities nationwide will be able to leverage this funding to drive greater energy efficiency and conservation practices to lower utility bills and create healthier environments for American families.”

The money will be administered through the Energy Efficiency and Conservation Block Grant (EECBG) program, with applications opening in January 2023. This is the second time the program has been funded since the American Recovery and Reinvestment Act of 2009, and the latest effort in a string of recent funding announcement to support energy modernization, reports Nextgov.

Some $440 million will be distributed in formula funding and competitive grants, while $110 million will be used to make the EECBG program “effective and efficient and to provide technical assistance to eligible entities.” More than one-quarter of the total will be allocated to states, 2% will go to tribal governments, and just over two-thirds will be earmarked for local governments.

Earlier this month, during the COP 27 climate summit in Egypt, the U.S. announced it had reached its first formal agreement with a utility to work towards 100% carbon-free electricity. Under the MOU, Entergy Arkansas will allow public- and private-sector customers to use regionally sourced nuclear and renewable energy, including solar, hydro, and wind. At least 50% of the energy will be provided around the clock, writes S&P Global, in a post republished by the Institute for Energy Economics and Financial Analysis.

The agreement is meant to help federal agencies in the state meet clean energy targets.

The deal “marks a historic step forward and demonstrates how the federal government is partnering in initiatives to spur demand for carbon pollution-free electricity—when and where people need it,” General Services Administration head Robin Carnahan said in a November 15 statement.