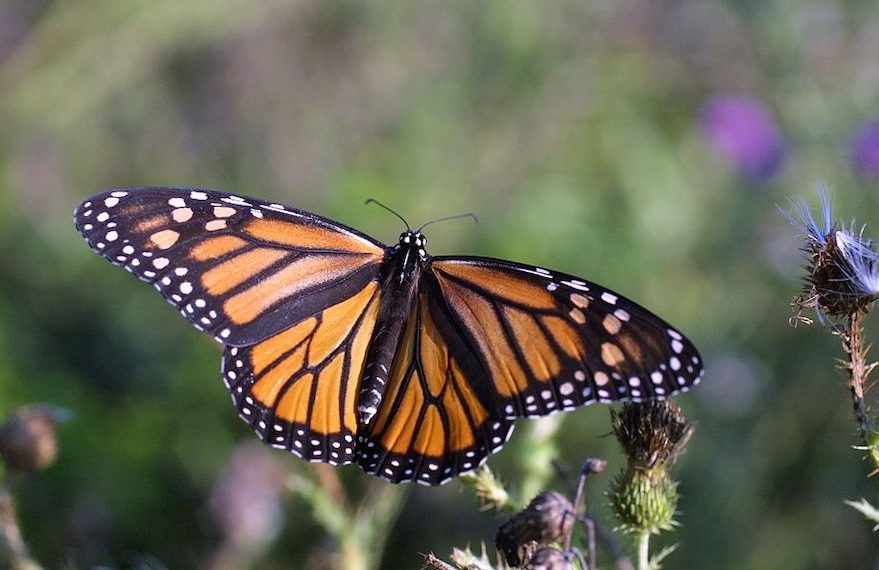 For most of us, the world’s insects are doubly vital to our well-being, a growing body of research is finding. But warnings by scientists of a probable insect apocalypse are steadily growing more frequent and urgent.

The planet’s pollinators, predominantly insects, ensure that three-quarters of global food crops can first produce a harvest and then reproduce themselves. Beyond that, a world with eight billion people is likely to depend increasingly on novel foods—including insects themselves—for sustenance.

Invaluable it may be, but the insect kingdom faces threats galore. Chief of these is probably habitat loss, followed closely by climate change, pesticide use, and humans’ demand for food, as well as monoculture farming, intensive grazing, and fertilizer use.

One of the latest alarms comes from Professor William Laurance, a scientist at James Cook University (JCU) in Australia, and co-author of a major international study on the future of insects under climate change scenarios. He says what is happening to insects will radically alter the environment and mean a drastic reduction in the ability of humans to build a sustainable future.

The biosphere has already warmed by about 1.1°C since the start of the Industrial Age and is projected to warm by a further two to five degrees by 2100 unless greenhouse gas emissions are significantly reduced.

“A growing body of evidence shows many populations of insects are declining rapidly in many places,” Laurance said. “These declines are of profound concern, with terms like an emerging ‘insect apocalypse’ being increasingly used by the media and even some scientists to describe this phenomenon.” One recent study went so far as to suggest that half of all insects may have disappeared by 2100.

Because insects benefit wider aspects of the environment such as pollination, pest control, and nutrient recycling (all beneficial to other higher-order creatures, including humans), what happens to them is bound to affect us, for better or worse.

“The loss of insects works its way up the food chain, and may already be playing an important role in the widespread decline of their consumers, such as insect-eating birds in temperate environments,” Laurance said.

Insects are among the groups of creatures most affected by climate change, because of their generally small body size and because the vast majority of species can’t regulate their own body temperature. So they are highly susceptible to changing temperature and moisture levels.

The study found habitat loss, fragmentation, and isolation, chemical or organic pollution, invasive species, and other human-caused changes to the environment are currently recognized as the main drivers of the insects’ decline, with climate change amplifying the effects of the other threats.

“If, as it seems, climate change is to continue unabated and with climatic extremes in particular posing an immediate, short-term threat to insects with long-term consequences for ecosystems, it’s essential to manage and restore habitats that make them as ‘climate-proof’ as possible and enable insects to find refuges in which they can ride out extreme climatic events,” said Laurance.

At larger scales, he says, corridors should be maintained that enable insects to disperse over time to more climatically suitable habitats.

“The evidence is clear and striking. We need to act now to minimize impacts on insect populations—we know how to do it, but the decision-making and requisite funding keep getting pushed down the road,” he added.

“If instead we decided to conserve insect communities and restore the ecological balance in farming landscapes, human welfare could be improved and substantial downstream benefits could be reaped.”

The evidence that insects are globally endangered seems obvious, irrespective of the findings of science. It’s only a few decades since motorists will remember the mess that often needed wiping from their windscreens after a night-time journey—a mess composed of the corpses of insects splattered there by the impact of their speeding vehicles. But not everybody is convinced that disaster is on the way.

There is uncertainty among scientists about how serious the insects’ plight really is. Citizen science projects like the BeeSpotter initiative in Illinois can help to reduce it—and are probably helping to improve public awareness of the potential danger, too.

Many scientists might hesitate to speak of an approaching insect apocalypse. But that is probably not as comforting as it may sound. Writing in The Atlantic magazine, Ed Yong concludes: “Claims that insects will disappear within a century are absurd, but the reality isn’t reassuring, either.”

One source he cites is Michelle Trautwein of the California Academy of Sciences, who told him: ““I don’t see real danger in overstating the possible severity of insect decline, but there is real danger in underestimating how bad things really are. These [current] studies aren’t perfect, but we’d be wise to heed this warning now instead of waiting for cleaner studies.

“We should get serious about figuring out how bad the situation really is. This should be a huge wake-up call, and we should get on the ball instead of quibbling.”